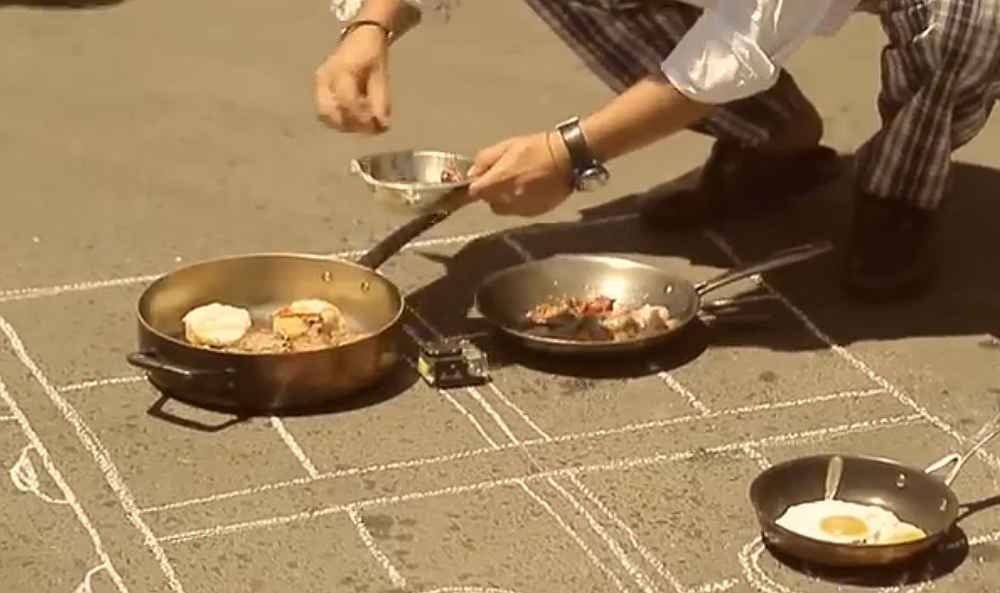 To raise awareness about the perils and impact of global warming, the WWF International released a two minute video called the 'Global Warming menu' shot in Asuncion, Paraguay.

Asuncion, has been recently named as one of the hottest places in the world, where one can apparently cook a meal over hot asphalt road and serve a table full of people.