The Chennai-Born Scientist Who Exposed The Volkswagen Scam 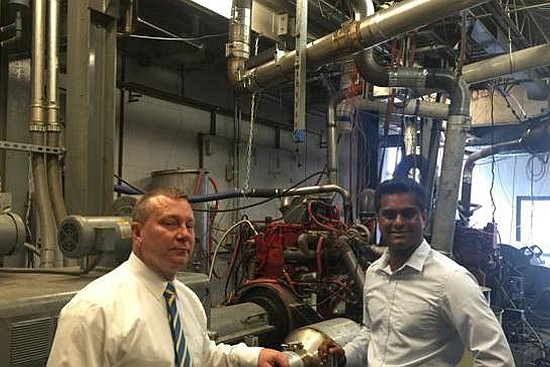 Just like every other cool thing that first happened in India, we seem to have overlooked Chennai boy Arvind Thiruvengadam. He recently shot to fame for he was part of the scientific team that had test-driven Volkswagen's diesel cars on-the-road. This way of testing the car—by basically driving it around—gave the scientists an opportunity to see how the emission standards work out in real-world driving conditions. As everybody knows, the tests found that VW cars were falling way behind the emission standards that the company itself claimed it followed.

Thiruvengadam did these test drives during March 2013, as part of a team at the West Virginia Center for Alternative Fuels, Engines and Emissions (CAFEE) where he is research assistant professor. According to this report in the Hindustan Times, the 32-year-old was surprised that the NOx (nitrogen oxide) emissions from VW's Passat, the vehicle he tested, was five to twenty times higher than the European standards.

It took over two years before the Chennai born and educated scientist's findings exposed one of the biggest ever scams the automobile industry has witnessed. It has also shot Thiruvengadam, who finished his mechanical engineering at University of Madras in 2004, to fame. Even though, as he admitted in an interview with NPR, his isn't one of the "sexiest" labs at CAFEE, they were selected by an independent agency to test drive cars.

Thiruvengadam also told NPR in the September 24 interview that he had thought, when the research study project was first bagged, that the most this team would get from the study is the chance to write "a lot of journal papers" that "three people" would, maybe, read. It turns out that the study is now a global phenomenon of sorts, with journalists making dire predictions about the end of diesel's projection as a clean fuel. The Atlantic wrote about "The Academic Paper that Broke the Volkswagen Scandal" on Septmeber 25, saying that his rather innocuous $50000 research grant-based study finally got so big that VW has promised it has set aside $7.2 billion to fix the problems it exposed.

"When Thiruvengadam and his colleagues tested Volkswagen's clean diesel cars, they found discrepancies up to 35 times the expected emissions levels. The researchers suspected cheating, but couldn't be sure. David Carder, another researcher on the West Virginia University team, told Reuters that the fallout at hand is surprising because this data was made public over a year and a half ago," says the Atlantic.

"We were never seeing those low emissions during most part of our drives on the interstate. That part of the emissions programme was interesting," Thiruvengadam told NPR.

It must be time to revive industry-academia links in India as well.