Sports The Battle Of The Two Madrid Sides

The Battle Of The Two Madrid Sides 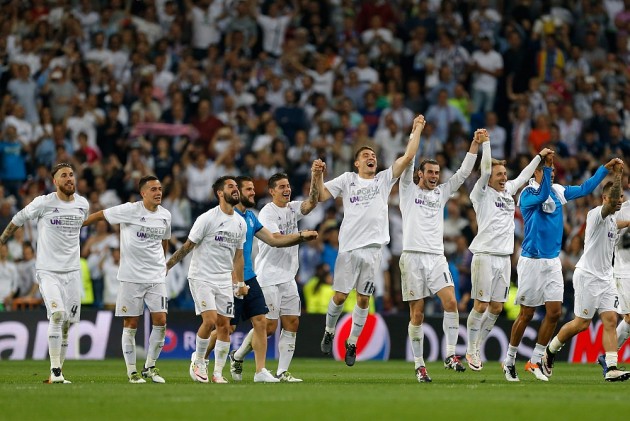 Leicester City's title triumph in English football this season has been the talking point over the past week in football. But there has been another story, burning slow with the intermittent pace of the Champions League, but one that is as romantic and more riddled with history.

It will be the second time in three years that two Madrid-based sides— Real Madrid and Atletico— will meet in the final of European club football's most prestigious competition. The last time that happened, Real laid rest to a twelve-year call by their fans by winning la decimal, their tenth European crown.

With Zinedine Zidane at the helm this time around, Los Galacticos II have one from the original bunch of the Figo, Beckham and Ronaldo era. Speaking of Ronaldo that is, CR7 is fit, and Zizou will look to unleash the BBC (Bale, Benzema, Cristiano) as they are known, on their cross-town rivals.

The thing about this Real side is that they're not the gung-ho raiders of yore who stream forward whenever they find that 15 oz sphere at their feet. The Madrid manager has been employing the Brazilian Casemiro in the centre of the park, resisting the temptation to play an axis of Kroos, Modric and James. James is the one that is being left out in his place. While it would seem that James is Zindane's 'kind of player', Zindane has been playing Casemiro in place of the boy wonder from the previous World Cup. It isn't surprising however as the Frenchman likened the swap of Beckham for Makelele during his playing days as putting another layer of gold paint on the Bentley while taking out the engine.

Talking about engines, this Real side must be wary of how Atletico's Diego Simeone has been fuelling this team to perform above themselves consistently for more than that odd season. It is interesting to note a similarity with the Leicester side that won the BPL this year: relentless pressing and an unshakeable team ethic. Simeone has managed to extract an almost visceral drive from a team devoid of stars who keep challenging Barcelona and Real at the top of La Liga. They do have firepower at their disposal with Antoine Griezmann who has scored 31 goals this season and a rejuvenated Fernando Torres who seems to have found that silken poise in his movements.

And Atletico have been punching well above their weight. To first see off Barcelona in the quarters and then take out a Bayern Munich with Guardiola at the helm for the final time is no mean feat. There is something about Atletico akin to the underdog-boxer in a Hollywood movie. They keep taking hits and seem on the ropes for most of the encounter yet find a way to scrape through.

Their rivals from the Bernabeu are more than aware of that and come the night of May 29 there will be a party in Madrid. But for whom?