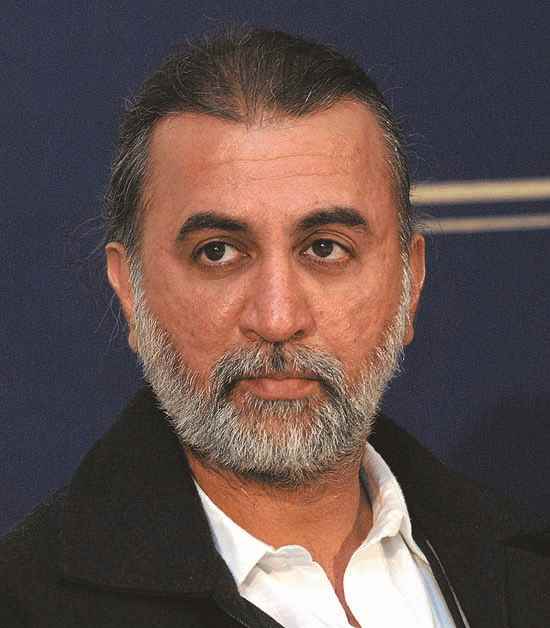 As seems to have become routine nowadays, news first broke on Twitter via a link to an internal office email sent by Tehelka magazine's Managing Editor, Shoma Chaudhury, which appended an email "in apology" from the weekly's editor-in-chief Tarun Tejpal to her.

The emails speak for themselves and are reproduced below:

This may come as a rude surprise to many of you. There is a letter from Tarun appended to this mail. There has been an untoward incident, and though he has extended an unconditional apology to the colleague involved, Tarun will be recusing himself as the editor of Tehelka for the next six months.

Tehelka is an institution he has built, and which many journalists both current and former, have contributed to in the most profound ways. Throughout our 13-year career, we have proudly articulated and tried to live by the highest standards. We have also believed that when there is a mistake or lapse of any kind, one can only respond with right thought and action. In keeping with this stated principle, and the collective values we live by, Tarun will be stepping down for the period mentioned.

This is a hard time for all of us, and I hope all of you will stand by the institution.

The last few days have been most testing, and I squarely take the blame for this. A bad lapse of judgment, an awful misreading of the situation, have led to an unfortunate incident that rails against all we believe in and fight for.

I have already unconditionally apologised for my misconduct to the concerned journalist, but I feel impelled to atone further. Tehelka has been born and built, day on day, with my blood, toil, tears and sweat, and that of many others, against near-insurmountable odds. It has lived for and fought the big battles of our time, always on the side of the oppressed and the wronged, always on the side of equity and justice. Its voice has travelled the world and changed policy and perceptions. It has been a beacon for those who would do the right thing.

Through bad, and worse, times I have protected Tehelka and its journalists from the inevitable demands of power and corporations. I have always allowed every journalist's sense of the right to flower and express itself. No one has ever been asked to do what they don't believe in.

I have always held that Tehelka the institution, and its work, have always been infinitely more important than any of us individuals. It is tragic, therefore, that in a lapse of judgment I have hurt our own high principles. Because it involves Tehelka, and a sterling shared legacy, I feel atonement cannot be just words. I must do the penance that lacerates me. I am therefore offering to recuse myself from the editorship of Tehelka, and from the Tehelka office, for the next six months.

You have always been stellar, Shoma, and even as I apologise to you and all my other colleagues, for this unfortunate incident, I leave Tehelka in your more than capable and safe hands.

In apology,
Tarun
Sent from BlackBerry(r) on Airtel

“It is an internal problem and we are not setting up any enquiry into the matter.”

Ms Chaudhuri was also quoted by NDTV as saying:

"This is an internal matter. The journalist concerned is satisfied with the action taken. Tarun Tejpal's recusing himself is in keeping with the principles of right response and standards that we want to live by."

Officially, there was no news about the nature of the "unfortunate"/"untoward" incident or "misconduct"  till NDTV quoted "a person close to the [concerned] journalist", who described it as "grave sexual misconduct":

"It happened not once, but twice and the girl is completely shattered and emotionally scarred. She continues to put forward her plea that Tehelka should set up a committee to look into sexual harassment cases according to Visakha guidelines"

Tehelka editor Tarun Tejpal resigns: She pleaded 'please don't do this', her no didn't matter, person close to the journalist tells NDTV

The word satisfied is not really the right word:person close to journalist tells NDTV on Tehelka statement after editor Tarun Tejpal resigns

It has now emerged that the concerned journalist also wrote to Tehelka managing editor Chaudhuri, now officiating as editor, providing horrifying details about Tejpal having sexually assaulted her on two successive occasions.

The journalist said that the first assault took place on the night of 7th November 2013, the opening night of Tehelka’s recently-held 'Think' festival at Goa, only to be followed by the second assault the next night.

The journalist movingly wrote about how as a reporter she suddenly found herself in the horrific situation of discovering what it is like to be at the receiving end of sexual violence from a powerful man she once deeply admired and respected, who threatened her that her job could be at stake.

The journalist concluded her email with a request to her then managing editor to constitute an anti sexual harassment cell as per the Vishaka guidelines immediately.

Edited: to remove a few direct quotes from the journalist's email, that were earlier included in the last paragraphs of the copy to underline the gravity of the charges, in response to requests received by us. These quotes did not provide any lead or pointer to her identity, but have been removed, and the substance paraphrased, only to respect the journalist's privacy.

And The Oxford Word Of The Year Is...