World Test Championship Final: Why First Innings Will Be Crucial In India Vs New Zealand 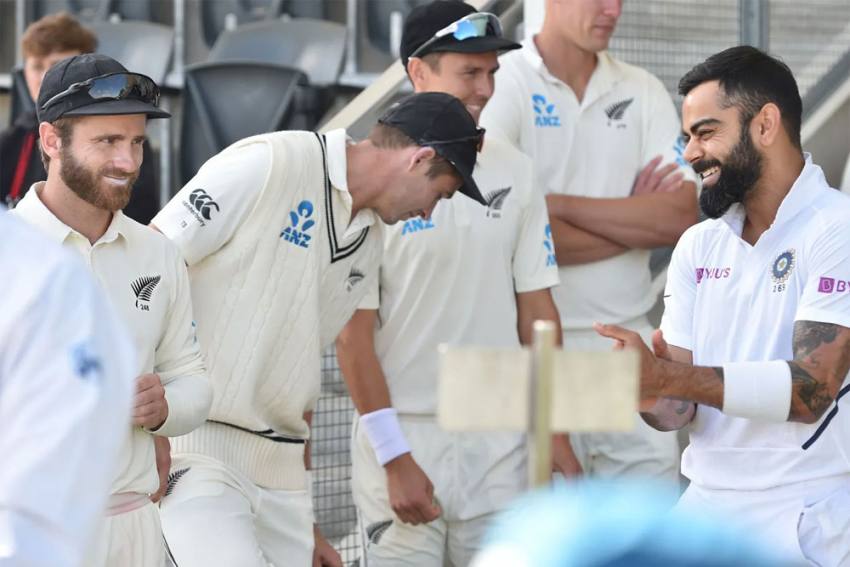 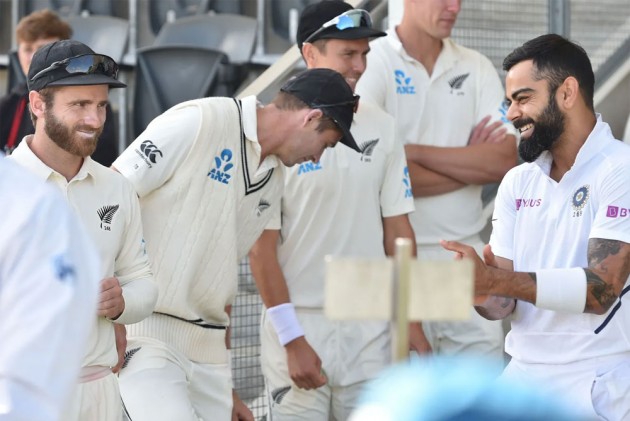 At a time when the country is fighting its biggest healthcare crisis, the Indian cricket team is on a nearly four-month long tour of England. India will play the inaugural ICC World Test Championship (WTC) final at the Ageas Bowl at Southampton from June 18 against New Zealand, followed by a five-Test series against England, starting on August 4. Although the way things are in India now, who knows who will and who won’t be around to savour the matches of this long tour. A poignant and sobering thought if ever there was one.

Initially the WTC final was to have been played at Lord’s but was shifted to Southampton for ease of creating the bio- bubbles that are so inescapably integral to international sport now. In a watershed moment, the two highest ranked Test teams in the world will lock horns for the right to call themselves the official ICC World Test champions, for the first time in history. Keeping in mind the importance of the occasion, the England and Wales Cricket Board (ECB) has decided to allow 4,000 fans at the ground for this momentous game, which is roughly one fourth of the capacity of the ground.

India is playing at a neutral venue for the first time in a Test match and neither team will have a home advantage. This might actually turn out to be a boon for India because their record in New Zealand has been less than impressive so far.

New Zealand have played two Test matches against England. Away from Test cricket for nearly six months, these back- to-back Test matches played in less than a fortnight, would serve to settle their team and could New Zealand a potentially game changing advantage, in terms of acclimatisation to English conditions and match practice ahead of the big game. Additionally, it would also mean that the New Zealand pace attack would be fully used to bowling with the Dukes Ball and exploiting its greater movement optimally, by the time the WTC final commences.

For India on the other hand, it would still pretty much be the first serious game of the tour and getting used to the Dukes Ball, in cold and possibly damp and overcast conditions against a world class pace attack well settled in their Test match rhythm, might just prove to be a tough challenge, first up. Although, with a full season of successful Test cricket behind them in the last eight months, they will probably need a lesser amount of time to get into the swing of things. The unexpected break due to the cancellation of the IPL would have given them a chance to enjoy a welcome rest and freshen up ahead of a new, more demanding challenge.

With the Dukes ball expected to do a lot in the initial sessions, we could see a lot of swing and seam movement early on, which would call for oodles of technical skill and mental toughness to negotiate. The notoriously fickle English weather will also have a big say in the proceedings and if it is sunny and dry instead of overcast and damp, the ball may not swing and move as much and the wicket, especially if it does not have much of grass on it, can prove to be quite flat and turn out to be a batting paradise for the top order. This would be specially so on the first three days of the match when the ball comes on nicely on to the bat, facilitating stroke play. Batsmen like Rohit Sharma, Virat Kohli and Rishabh Pant and Ravindra Jadeja could easily revel in such conditions if they get going and play India into a strong position.

Of course, the same could happen with New Zealand as well, but they have a comparatively lesser number of big names in their top order. On sunny days it is usually a lot easier to bat at the Rose Bowl on the first three days of the match, but once the match moves into the last couple of days, the pitch begins to speed up and helps fast bowlers to generate extra pace and bounce from the pitch. The pitch also begins to turn and bounce in the later stages of the match and spinners could well be a part of the equation from the third day onwards.

The last time India played here in August 2018, Moeen Ali picked up a 6-wicket haul in the fourth innings and won the game for England. Which essentially means that India’s spinners could well have a big role to play in this game. Someone like a Ravindra Jadeja or Axar Patel with their skiddy arm balls angling into the pads, along with a few turning sharply away, could prove to be a real handful. 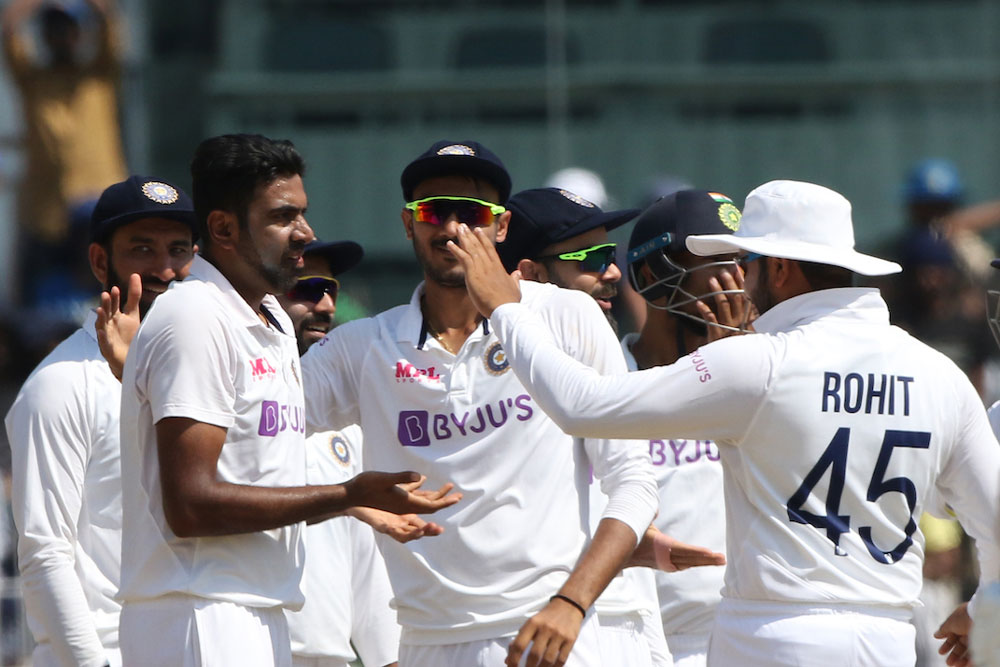 In the last five Test matches at the Rose Bowl, teams have averaged around 300 in the first two innings of the game, but this total has dropped by nearly half to just 180 in the fourth innings as the pitch becomes progressively difficult to bat on. The last two times India played a Test here in 2014 and 2018, they scored 178 and 182 respectively in the fourth innings and lost both matches to England.  A big first innings total of 350 plus preferably, would therefore, be absolutely vital in terms of getting into a dominant space at this venue.

The great thing about this Indian line up is that they bat deep down the order, as was so emphatically demonstrated in Australia and also in the England series at home. In the event of a collapse at the top, India could therefore, still realistically expect to pull things back through a strong rear-guard effort - the 36 all out aberration of Adelaide notwithstanding. The Indian lower order now exudes an aura of reassuring confidence that enhances the team’s match winning potential manifold. This back up is a luxury not available to Indian teams even a short while ago. Simultaneously, this team also has players with the ability to score quickly even under extreme pressure, and change the complexion of a game in less than a single session of play, as they suddenly explode into T20 mode effortlessly.

New Zealand on the other hand will be relying heavily on their two best batsmen, skipper Kane Williamson, ranked No 1 in the Test batting rankings and Ross Taylor at the top of the order, to lay a strong foundation. Both have plenty of experience and runs behind them. The likes of Tom Latham, Henry Nicolas, BJ Watling, Tom Blundell, all have healthy Test batting averages as well and would all be looking to chip in. And they bat deep into the tail as well.

Their world class pace bowling quartet consisting of the young Kylie Jamieson and the feared combination of Tim Southee and left armers Trent Boult and Neil Wagner, have the potential to run through any side on a good day. Southee has dismissed Virat Kohli many times and will surely fancy his chances again in helpful conditions in England. Rohit Sharma has struggled against the left arm in-swing of Trent Boult in the past, as have Pujara and Rahane against Neil Wagner, ranked third in the Test bowling rankings, who can dish up the short- pitched stuff with discomfiting regularity.

India will therefore, be up against a top-class pace attack and a moving ball in helpful conditions and will need to bat with strong resolve and technique, backing themselves to handle some testing, quality bowling. But they undoubtedly have the wherewithal to do so and if the batsmen are able to put up a decent total on the Board, India then have the bowling resources, both pace and spin, to put the Kiwis under pressure.

This game therefore, looks all set to be a close fought encounter between two evenly matched teams, a battle between the batsmen of the two sides to build partnerships and put up decisive, match winning totals on the scoreboard. Whichever team does that well, will hold the edge in this game.

And for a change, India with their three quality pacers and three equally incisive spinners, would be looking forward to exploiting the helpful English conditions to their advantage and their opponents will be wary of that fact.

The World Test Championship final could therefore, well turn out to be a fascinating duel between bat and ball in the best traditions of Test cricket, the fickle English weather permitting. This Indian team has been number one in the world for a long time and has had a lot of success in England, individually and collectively and probably has as good a chance as any of doing well here, especially if they were to get lucky with the weather - and perhaps the toss.

(The author, a retired Wing Commander, has played Ranji Trophy for Services. Views are personal)

BJP’s Karnataka Conundrum: If Not Yediyurappa, Then Who?