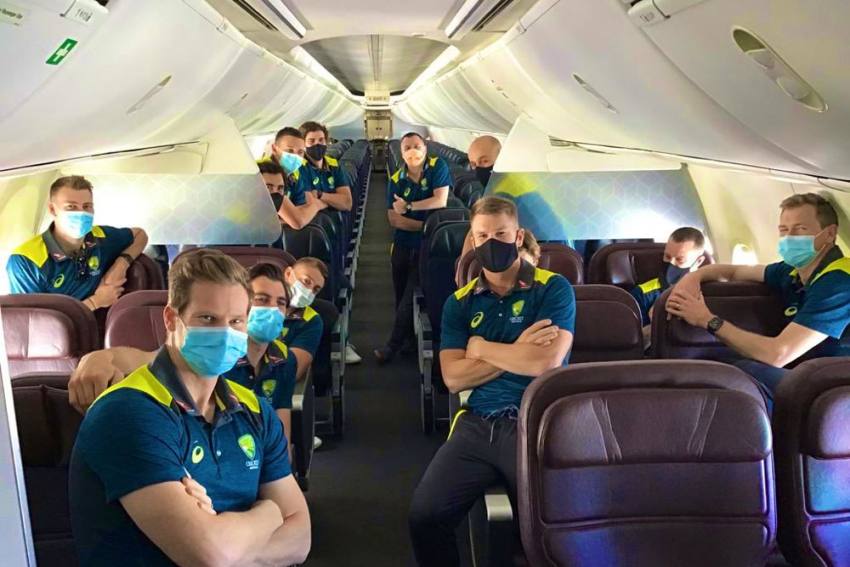 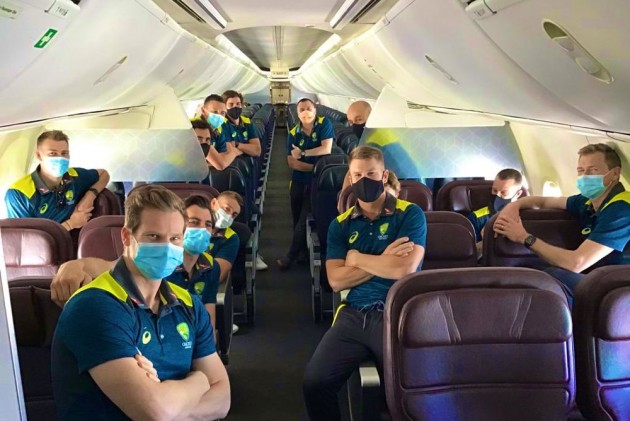 The most iconic rivalry in cricket is all set to resume again. Over the final 13 days of the English international cricket summer, old adversaries England and Australia face off yet again – with one big difference – in what has already been a very different summer. (More Cricket News)

Probably for the first time in 140 years, since the traditional rivals first played a Test Match in England at the Oval in 1880, a tour featuring a full-fledged Aussie side will only play limited-overs cricket.

Times they are a-changing!

But then, these are unprecedented times and the Aussies will be playing their first international game in nearly six months thanks to the COVID 19 break, when they take the field against England at the Ageas Bowl on Friday in the first T20I.

READ: Re-inventing International Cricket In The Time Of COVID-19

They will go on to play another five matches, two more T20Is and three ODIs, over the next 12 days in a whirlwind tour that is so typical of the intense back-to-back cricket of the post COVID-19 era. A part of the Australian tour party will then fly directly to the United Arab Emirates (UAE) for the Indian Premier League (IPL), with the other half returning home for the upcoming domestic season.

The 21-member side led by Aaron Finch has all, typically, strong batting and bowling options of Australian visiting teams. The batting department is spearheaded by David Warner and Finch himself at the top of the order, and the likes of Steve Smith, Marnus Labuschagne, Marcus Stoinis, Matthew Wade and Glenn Maxwell forming an irrepressible line-up.

Mitchell Starc, Pat Cummins (who is Finch’s deputy for both formats), Josh Hazelwood and the uncapped Riley Meredith will lead an express pace attack that will surely provide England a feel of what is to come in the Ashes series later.

They will be supported by all-rounders Mitchell Marsh, Marcus Stoinis and Andrew Tye, known for his knuckle ball and wide variation of pace. Left-armer Daniel Sams, another uncapped player but already the highest wicket taker from Big Bash League (BBL) last season, will also be looking forward to an unforgettable international debut.

The spin attack rests in the capable hands of Nathan Lyon, making a comeback into the side, and Adam Zampa.

Meredith looks to be the next exciting new 150 kph-plus prospect to emerge from the Australian fast bowling stable. And the 24-year-old, and together with Starc and Cummins, will form a formidable fast bowling combination if given an international debut. He would in any case be a part of the Australian equation in their forthcoming Test series against India and South Africa on bouncy home pitches and in the much looked forward to Ashes series.

Maxwell and Stoinis, both getting international recalls after a year out of the side, did well in their first 50-over intra-squad practice game at the Ageas Bowl on Sunday. Maxwell scored 108 after a 10 month layoff due to mental health issues and Stoinis, a brilliant 87 to go along with bowling figures of 4 for 31.

Meredith picked up the prize wicket of Smith, who fell cheaply in the 50-over game. The former captain got out trying to play an awkward hook shot against a bouncer that saw him ending up flat on his back. Smith’s innings, his first since March, lasted all of 8 balls.

ALSO READ: Anderson The Cherry On A Remarkable Summer

He then fell in just 2 deliveries in the first T20 practice game on Tuesday but finally discovered his touch in the second T20, producing a quickfire 41 with the help of two sixes.

Labuschagne and Alex Carey both got 100s at the top of the order in that game, with the wicket-keeper looking in great touch, adding to an unbeaten 50 in the first game. Stoinis too continued his good run with a hard-hitting knock of 68 off 37 balls. He looks certain to make a comeback to the side for the first time since July last year.

After a lengthy lay-off, these would be very welcome runs for Australia on the eve of the first T20I on Friday. The only bad news for them was the failure of Warner in both the T20 games, falling for scores of duck and one. This, however, can change very quickly as the southpaw has shown many times in the past.

Cricket at this time, whether international or domestic, looks likely to be played in biosecure bubbles and hubs for a foreseeable future. And for a lot of Australian cricketers, this will mean a life in isolation and away from families for a good 12 to 15 weeks or so, specially for the ones playing in the IPL and then in the Australian domestic circuit.

How much of a mental toll this will take on players, is something that remains to be seen.

England have meanwhile brought back a number of players from their World Cup-winning squad, showing their eagerness to field the strongest possible XI for these encounters with the Old Enemy.

While Jofra Archer, Jos Buttler, Sam Curran and Mark Wood all return for both the T20I and ODI series, Chris Woakes and Joe Root have been included only in the 50-over squad. But the absence of Jason Roy, out of the T20I matches due to injury, and Ben Stokes unavailable for family reasons, means that England are not back to full strength yet. With a new Chairman helming the ECB since last Tuesday, England would be keen to do well.

England captain Eoin Morgan is probably batting the best he has in recent times and they have some exciting young prospects in Tom Banton and Sam Billings, who have been amongst the runs. Chasing down 196 in the second T20I against Pakistan would have surely given them a great deal of confidence in overhauling big totals.

They almost pulled off a repeat in the third T20I, chasing 190, riding on a great comeback innings from Moeen Ali. They fell just 5 runs short, as Pakistan finally wrapped up their tour with a well-deserved victory and levelled the T20I series 1-1.

Some audacious shots have been played by the England batsmen in the last few games against Pakistan and Ireland, but that could change a bit now. Faced with the possibility of being tucked up by a 152-kph rib-tickler, or a 90 mph yorker into the toes from the opposition fast bowlers, there could be an understandable reluctance on the part of the batsmen to go down on a knee and unveil some of the exotic reverse and paddle sweeps and scoops over the keeper, that have been on display lately.

Australia will have to hit the ground running, so to say, while the England players on the other hand are already well into their cricketing rhythm, with a full international season behind them. This would obviously work in their favour and the Aussies will have to work hard to negate this advantage. But they have the depth of talent and experience to do so.

And so the iconic adversity resumes, 143 years after it all began in that first Test match at MCG in 1877.

Interest will be at its peak, and these back-to-back matches look set to provide a fitting and hugely exciting finale to a wonderful summer, even though for once, there will be no Test matches and no Ashes to look forward to.