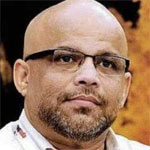 In Om Prakash Bhardwaj's death, India has lost not only its first ever Dronacharya Awardee of boxing but an institution in itself.

OP did not have degrees and diplomas but his boxing knowledge was no less than even the most technically accomplished coach. OP could easily team up with his students like a PhD scholar and was the first coach at National Institute of Sports, Patiala. He was also one of the key founders of the diploma course in boxing coaching.

The respect he enjoyed from fellow coaches was tremendous. As another Dronacharya awardee Swatantra Raj S R Singh would put it, OP Bhadrwaj was the "guru of gurus!"

OP started his journey with the Indian Army and spent his life at the Army Physical Training Center. He was relieved from the Army in 1973 and after that, he joined NIS, Patiala.

When the government of India formed a committee for the 1982 Asian Games in New Delhi, the NIS sports center in Patiala was placed under OP, who was appointed as the instructor of coaches.

OP, along with Gurbaksh Singh Sandhu, laid a strong foundation for India boxing. It was evident with the success Indian boxers achieved under their tutelage. Sandhu called OP his "elder brother."

The Indian boxing team came back with a bagful of medals from the 1988 Seoul Asian Games. This was the first time, India announced its arrival at the world arena.

After returning from Seoul, the government of India nominated OP for the first Dronacharya Award and was given the recognition along with wrestling coach Balachandra Bhaskar Bhagwat and PT Usha's trainer OM Nambiar.

A multi-faceted personality, OP Bhardwaj rose through the ranks in Indian boxing as an Army coach under Brigadier Devine Jones, Apart from being am instructor and coach, OP was a boxing commentator, an advisor to boxing equipment manufacturers and also owned a gymnasium in Delhi.

OP was an ambassador of Indian boxing in many ways. Apart from being a coach and manager, OP would go out of his way to get sponsors and enjoyed his stints in the media. Confidence was his hallmark and he could easily interact with Presidents and Prime Ministers. OP even went on to train Rahul Gandhi the intricacies of boxing.

OP had a very warm heart and so could easily make friends with the likes of AIBA 'king' Professor Anwar Chowdhry of Pakistan.

I have seen him poking jokes with this 'Big Daddy' of world boxing as he, along with his close friend Captain Aspy Adajania, would engage in a lot of friendly banter with Chowdhry.

OP was a very colourful and lively human being. He was a favourite of the boxing fraternity. We were always welcome at his house and enjoyed some great meals with his family members. The Bhardwajs were part of the great Indian boxing fraternity both in letter and spirit.

He always punched above his weight. OP loved boxing and was always eager to promote the game with his all his heart.

As India's former International star Sarvajit Sangwan said, men like OP Bharadwaj "are born once in a century and are always known for their own unique identity."

An extra-ordinary personality, Om Prakash Bhardwaj will live with us forever.

(The writer is the former secretary general of Boxing Federation of India and an executive council member of Asian Boxing Confederation. Views are personal)

A Flavour Of The Best Of Assam Tea In Taiwan