If Kohli plays another seven to eight years, he is most likely to eclipse Tendulkar's grand total of 34357 international runs, thus becoming the greatest of all time. 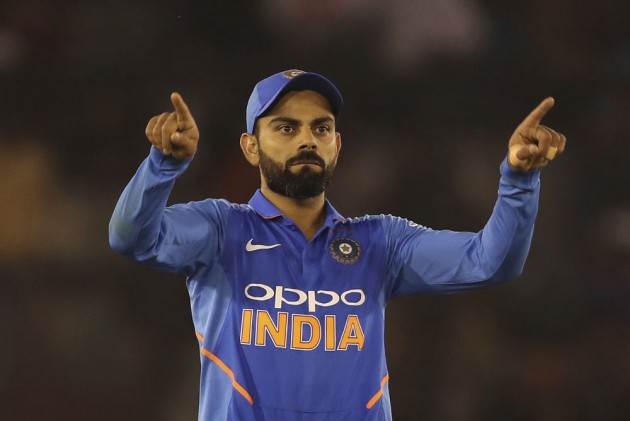 Despite its many complex rules and versions, cricket, like any other sport, is still a game of numbers. A team sets a target, another chases it. In the end, the team which has more numbers wins the match. This is as simple as any other game could be. Yes, there are many other factors, depending on the formats and conditions, which also affect the outcome of a match. But the goal remains the same – to outscore the opponent. In cricketing parlance, that score is called 'run'. And with 'wicket', it forms the basis of this game of bat and ball – runs coming from the bat and balls plucking wickets. If you may, call them the two currencies around which the game revolves. You remove one and the game becomes immaterial.

But in this game of bat and ball, the sanguinity of bat has and will always dwarf the beauty and movement of the ball. Blame it on the fundamental dispositions of man, who loves to be fed and be revered. In this case, through deliveries and disdainful wielding of the bat. Ahoy! Fours and sixes, two of the more popular denominations. Everyone wants to see the ball flying off the bat. [Why wickets and wicket-takers are less prominent is another topic for another day.]

That brings us to the scorer – not the one who keeps the scoreboard, but the one with the biggest stick or the bat in the game. They are the ones who mint runs without any restriction. And today, no one mints runs faster and better than Virat Kohli. He is like the Royal Canadian Mint, capable of minting coins at an astounding rate while also converting those into hefty bullion. At the last count, he already raked of such 66 bullion, read centuries.

Out of the 66, 41 have come in the ODIs, which is just eight behind the all-time record held by Sachin Tendulkar – one who's was perceived to be indomitable in the game of runs until recently. It's now only a matter of when, not if, for Kohli to become the first player to hit a half-century of ODI hundreds. Sooner than later, it is likely to happen, and to be followed by many more records. The possibility of him even eclipsing Tendulkar's century of centuries in international cricket becomes brighter with each passing year.

Meaning, in his first ten years of international cricket, Kohli scored 18664 runs at a yearly average of 1866.4. He is currently 12th in the all-time list of most prolific scorers, and the 11 legends above him had played international cricket for 18 years on average. If Kohli plays another seven to eight years, he is most likely to eclipse Tendulkar's grand total of 34357 international runs, thus becoming the greatest of all time. For that to happen, he needs another 14963 runs (Year till date, he has scored 730 runs). Considering these numbers, it looks distinctly possible for Kohli to break almost all the batting records, barring the sixes count and of course Don Bradman's untouchable average.

In the midst of these numbers, we might easily miss the very purpose of scoring runs. Remember, teams with more runs win. A batsman may score a hundred each time he goes out to bat in the middle but it will be a waste if his team keeps losing. That's where Kohli's runs are different from those of Tendulkar and most others.

What now? What if runs suddenly stop flowing from Kohli's bat, or an unfortunate injury or circumstances put an abrupt end to his career? It would be devastatingly tragic for the sport. Will it stop fans comparing him with other greats? It should not.

Because, thanks to the sheer volume of runs he has scored so far, Kohli is already an era-defining genius. No matter how infuriating and pointless generational comparisons are, pitting a Tendulkar against a Kohli keeps cricket, and for that matter of fact, every other aspect of life true to itself. For, man cannot be isolated from its past.