In bio-bubble times, rotation policy looks good on paper but in practice, it has hurt both players and teams 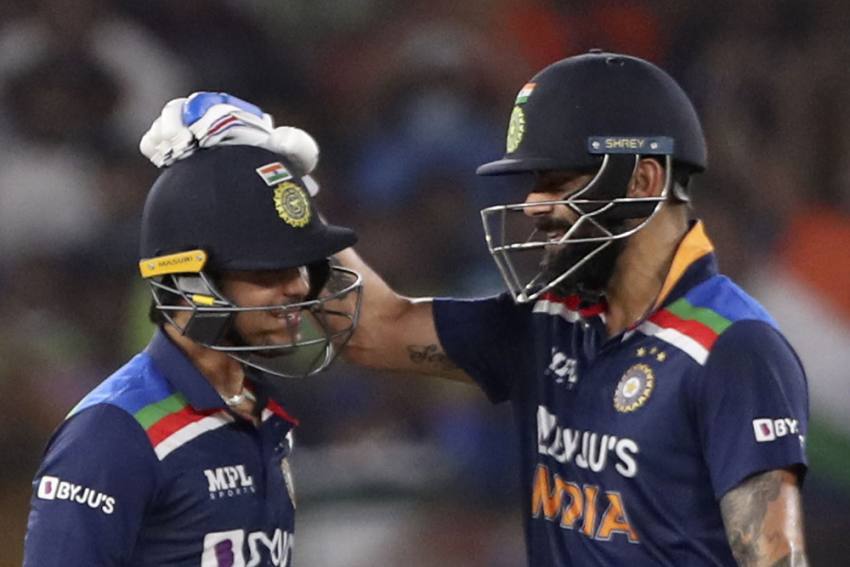 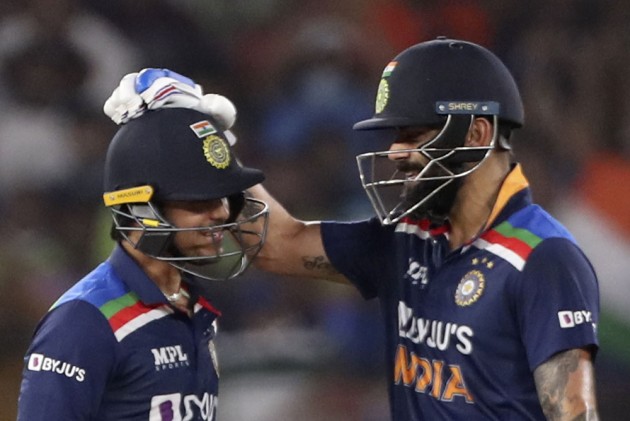 After the euphoria of the India vs England Test series, even before the dust from the red soil wickets had properly settled at Motera, three T20 internationals have gone by in a flash and in less than a week since then, India suddenly find themselves 2-1 down in a series of five T20s against England, something that had looked inconceivable even a week ago. (More Cricket News)

But matches flow thick and fast in these times of packed international cricketing calendars and fortunes can be made or altered in a matter of days. There is simply no time or scope of resting on your laurels anymore in a dynamic, ever-changing cricketscape.

For a change, it is the England fast bowlers who’ve held the upper hand and kept the Indian scoring on a leash as they made early inroads into the Indian top order in every game. And the T20 series is turning out to be everything that the Test series was not – evenly contested, riveting, and competitive with some high-quality cricket on display.

This series is especially important for both teams as they settle their line ups for the T20 World Cup in India, later in October. And for the moment, England look a more settled side with their opening bowlers and top order batsmen all holding their own, having dominated two of the first three games.

In the second T20 on March 14, India handed debuts to two exciting new prospects, Ishan Kishan, who made an immediate and thrilling impact, and Suryakumar Yadav, widely regarded as one of the unluckiest cricketers of late, not to have had an opportunity of donning the India colours earlier.

Both came into the side on the basis of sterling performances in domestic cricket and perhaps even more importantly, in the IPL, where Yadav had recorded 400 plus runs in aggregate, consistently over the last three editions and Kishan a staggering 516 runs with 30 sixes, at the last IPL edition in the UAE.

But it was to be a story of contrasts for the two young men as they stepped out onto the field at Motera that day. Ishan Kishan picked up from where he’d left off in Dubai and smashed a blazing half century as India raced away in a big chase.

Nothing seemed to work for the England bowlers in the face of his fearless aggression, as he played a match winning innings in the company of his captain, that announced the arrival of India’s latest new talent on the world stage and the new hero was anointed with the Player of the Match award.

The luckless Yadav on the other hand, did not get a chance to bat and was dropped for the third T20 in favour of the returning Rohit Sharma, as India tried to settle their preferred opening combination of Rohit and KL Rahul, from the 2019 World Cup, at the top of the order.

But Rahul, away from competitive cricket for nearly three and a half months since the completion of the white ball games in Australia in November last year, has had three nightmarish outings of 1, 0 and 0 in the first three games and now finds his place in the side in jeopardy. 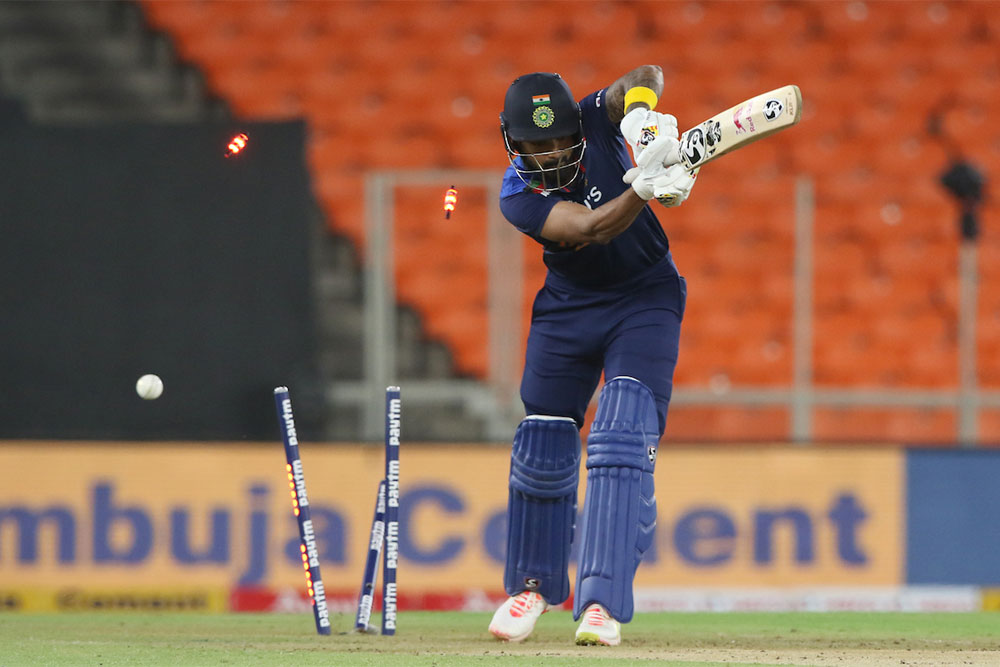 KL Rahul is a ‘victim’ of the rotation policy. Photo - BCCI

There’s been a lot of water under the bridge in international cricket since Rohit’s innings of 70-plus Down Under, as a succession of new names have made their mark emphatically on the international stage and the left-right combination of Rohit Sharma and Ishan Kishan at the top of the order looks a better and more logical option at this time. But the upcoming edition of the IPL could change that.

It is a reflection of what happens to players in form when they miss out on matches, whether through injury or as a result of the rotation policy being followed by most countries now, in view of the packed international calendar and the psychological effects of continuously living inside bio-bubbles for long durations.

Some months ago, the England’s white ball skipper Eoin Morgan had spoken about the potential health hazards for cricketers who spend long periods in bio-bubbles and said that teams should henceforth expect and encourage players to take breaks and even miss tours.

The ECB took his views seriously and created a rotation policy wherein players were scheduled to be withdrawn from the bubble and given time off to refresh and recoup, before returning to the side for future encounters.

Which looks perfect on paper but in practice has proved to be disastrous for players in form who suddenly find themselves withdrawn at the height of a good run that they would be keen to continue. The fact is, good form cannot be switched on/off at will and by 'resting' players when they are doing well, the respective Boards are doing both players and teams, a disservice.

KL Rahul is an example of this, although he initially lost his place in the side to an injury. He had gone to Australia as the top scorer of the last IPL and started off the one-day series with a fine 70-plus score. Then came the break and since then his return to the side has produced 1 run in three innings so far. There are plenty of other examples of players who have struggled on their return from their ‘rotation break.’

So maybe the rotation policy in its present form is not such a good idea in practical terms and should only apply instead to players who are not doing well, to give them a much-needed respite to recharge their batteries and come back rejuvenated.

KL Rahul’s predicament Is also a commentary on the present state of affairs in Indian cricket in these exciting times, when there is so much of young talent on hand that it’s literally an embarrassment of riches and the message to even established names is loud and clear: perform continuously or perish!

And not just the batting, there’s so much competition for places in the bowling attack too, at a time when two of our top yorker specialists, T. Natarajan and Jasprit Bumrah, who could be deadly in T20s, are not even in the playing XI currently. 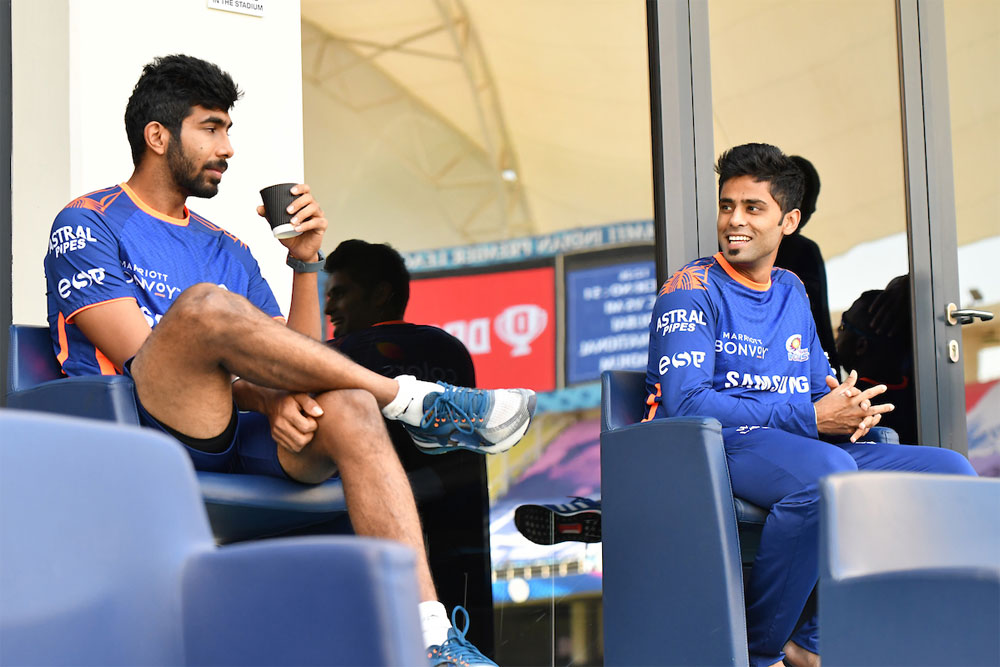 Jasprit Bumrah has not had much game time. The problem of plenty can become unmanageable. Photo - BCCI

Natarajan bowled plenty of yorkers in his debut series in Australia, making him quite a handful. He had earlier bowled a staggering 96 yorkers in 16 IPL games in the UAE. He and Bumrah operating in a left-right tandem and firing in yorkers from both ends in the death overs could be a fantastic prospect for Team India.

And while the return of Bhuvneshwar Kumar to form and fitness is great news, there is yet another youngster Mohmmad Siraj waiting in the wings, who has grabbed his opportunities with both hands in recent months. As has the unheralded Washington Sundar, who forced his way into Indian Test Match and white ball sides out of nowhere, so to say, with sterling performances with both bat and ball.

And though Ravichandran Ashwin is out of the equation for now, young Axar Patel would no doubt be looking to continue his sensational Test match form into white ball cricket and there is the imminent return of Ravindra Jadeja to look forward to.

These youngsters have repeatedly stood out for India, which is a theme that has continued from the Australian series. They have been brought up on the intensity of the IPL, sharing dressing rooms with the best in the world, which means that they are accustomed to handling pressure and are fearless in their approach to the game.

And that represents the current culture of Indian cricket, one that could easily see us dominating the sport for an extended period, much like the Australian and West Indian sides of the past.

Regardless of the outcome of the present white ball games, this is a formidable India squad full of options in every department, high on talent and confidence. Come October, they will be playing in home conditions in the T20 World Cup and it’s only a matter of time before the combination is settled, which augurs well for Indian cricket for the years to come.

And it will be interesting to see how the battle between Ishan Kishan and Rishabh Pant to fill MS Dhoni’s boots behind the stumps goes. Till now. Pant has always managed to outshine Kishan, ever since their days together in the 2016 U19 World Cup, when Kishan was the leading the side. But after his recent performances in the 2020 IPL and that blazing innings at Motera the other day, Kishan has made a strong case for himself. And it will be interesting to see where this particular rivalry goes.

Either way with both in the side together, given their match winning capabilities, it will undoubtedly be Team India that will be the winner!