Sanjay Manjrekar, a former Test player-turned-commentator, discovered this new face of cricket intolerance to his consternation after he used harmless words like “baffling” and “conundrum” after Dhoni and India display Vs England. 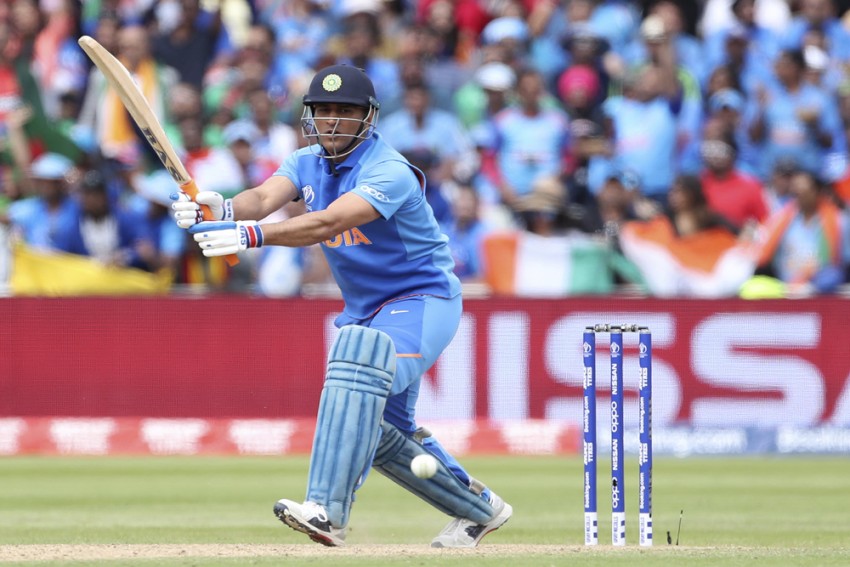 MS Dhoni faced the brunt of criticism due to his slow knocks in the ongoing Cricket World Cup.
AP
Qaiser Mohammad Ali July 06, 2019 00:00 IST Cricket Intolerance Is The New Alarming Phenomenon In India 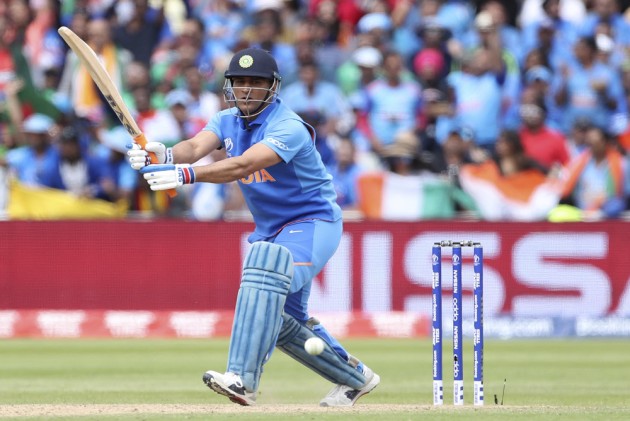 An entirely different type of fanaticism is rearing its ugly head in India -- cricket intolerance. It is increasingly becoming impossible for anyone to question, leave alone criticise, top stars of the national team for any on- or off-field transgressions. The moment you raise the slightest of voice on twitter or facebook, or at other social media platforms, either about underperformance (which is rare these days), or not living up to the expectations, you get bombarded with abuse and are called names. The huge army of fans of stalwarts like Kohli or Dhoni comes down heavily on you without caution.

In the absence of any central government guidelines for social media, it is a free for all out there – unhindered and unlimited. Anyone can just get up, open a twitter account, and start lashing at whoever he/she wants. The promoters of social media platforms also seem to be not taking the transgressions too seriously and that has given a free hand for the abusers to run riot.

Sanjay Manjrekar, a former Test player-turned-commentator, discovered this new few face of cricket intolerance to his consternation after he used harmless words like “baffling” and “conundrum” vis-à-vis Dhoni after he and India, rather inexplicably, did not seemingly put in all their might to try and overhaul England’s 337 in a World Cup league match on June 30 in Birmingham. A win would have ensured India a spot in the semi-finals. But Virat Kohli’s team lost by 31 runs, and had to wait for another couple of days to duly confirm its semi-final berth.

Dhoni (42 off 31 balls) and Kedar Jadhav (12 off 13 balls) surprisingly failed to find gaps in the field to score runs/boundaries and remained unbeaten as India finished at 306 for five wickets, chasing 338. Significantly, that meant that five wickets remained in hand at the time of the defeat (something like this used to happen with India 1980s). Dhoni failing to accelerate the scoring rate, like he so often effortlessly does in the IPL, in the last few overs of the chase was quite unusual. That forced some people, including players-turned-commentators Sanjay Manjrekar, Sourav Ganguly and Aakash Chopra, among others, to question the “intent” or keenness of the Indian team to a win the match.

“If there was any team that had the ability to stop India’s winning run. It was England. Dhoni’s approach in the last few overs however was baffling,” Manjrekar tweeted. In another tweet a few days later, after India confirmed their entry into the semi-finals with a win over Bangladesh, he wrote: “Even after today’s win a few issues that need to be addressed for India to become a fool proof team. [KL] Rahul still not convincing as opener, [Mohammed] Shami as death bowler is a concern now & the Dhoni conundrum.”

Two days later after the defeat to England, Manjrekar, not one to back out, was more hard-hitting, as he dug out a unique statistic on Dhoni’s batting: “Here’s something interesting about Dhoni -- 41 off 87 balls v spin this WC. But in the warm up games 69 off 56 balls v spin. That tells me it’s mental too. He does not put his wicket on the line as much in the big games.”

Chopra wrote on twitter after the defeat to England: “It’s put India’s chances to finish at top under serious jeopardy.” Although Ganguly didn’t tweet, he did question the “intent” of India in winning the game on STAR Sports. But, for some strange reason, only Manjrekar was targeted by the uncontrollable mob on twitter and other social media platforms.

While Manjrekar was badly trolled – imagine, he was among the top (negative) trends for two successive days – he took the bombardment sportingly. “Criticism, abuse? What are you saying Raunak? I see only love for me on Twitter,” the son of former India Test batsman Vijay Manjrekar wrote in reply to a follower’s tweet.

Manjrekar doesn’t mince words when it comes to calling a spade a spade. In 2009, during his commentary stint, he had said “elephant in the room no one wants to talk about” without taking any name, but it was widely believed he had referred to Sachin Tendulkar’s batting approach in ODIs when India batted second.

Dhoni, too, was involved in another twitter incident in 2016, involving another commentator -- Harsha Bhogle. After the India-Bangladesh T20 World Cup match in Bengaluru on March 24, 2016, Amitabh Bachchan tweeted without taking names: “With all due respects, it would be really worthy of an Indian commentator to speak more about our players than others all the time.”

But it was clear who the Bollywood superstar had targeted. Just two minutes later, Dhoni retweeted Bachchan’s tweet and added just three words: “Nothing to add.” This acted like fuel in the fire. A total of 3,718 people have retweeted Bachchan’s tweet since and 10,649 times it has been liked. And 6,404 times Dhoni’s retweet has been retweeted and has generated 18.016 likes till today. These numbers, which were slightly lesser at the time, were enough to rattle Bhogle, but he had taken the blow sportingly on his chin. The root issue at the time was an altercation with an official of the Vidarbha Cricket Association over a closed door at the Jamtha stadium in Nagpur where Bhogle had apparently faced some problems in switching rooms for his English and Hindi commentary stints. The BCCI, without citing any reason, dropped Bhogle from the commentary panel of the IPL that followed, though was returned after sometime.

Manjrekar also commented upon Ravindra Jadeja, who is yet to play a match in the ongoing World Cup but has fielded and caught brilliantly as a substitute. While Dhoni hasn’t reacted so far, Jadeja has surprisingly hit back at Manjrekar. “Still I have played twice the number of matches you have played and i m still playing (sic). Learn to respect ppl who have achieved. i have heard enough of your verbal diarrhoea,” he tweeted on July. And Jadeja hasn’t deleted the tweet so far. Has he broken the BCCI code of conduct rules for players? The BCCI has cleverly silent been silent thus far on Jadeja’s misdemeanour while the World Cup is on.

Till now, Manjrekar has survived the onslaught for the present controversy. While the difference in his case is that he is employed by the ICC broadcaster STAR Sports -- which incidentally is also BCCI’s broadcast partner -- Bhogle was employed by the BCCI in 2016. Manjrekar may even continue beyond the World Cup. But the issue here is the increasing intolerance that fans and experts show towards, even when someone comes up with constructive criticism. And the government would do well to immediately formulate guidelines, not specifically to check cricket intolerance, but generally save the society from further chaos and disintegration.