Sons, Brothers And The Samajwadi 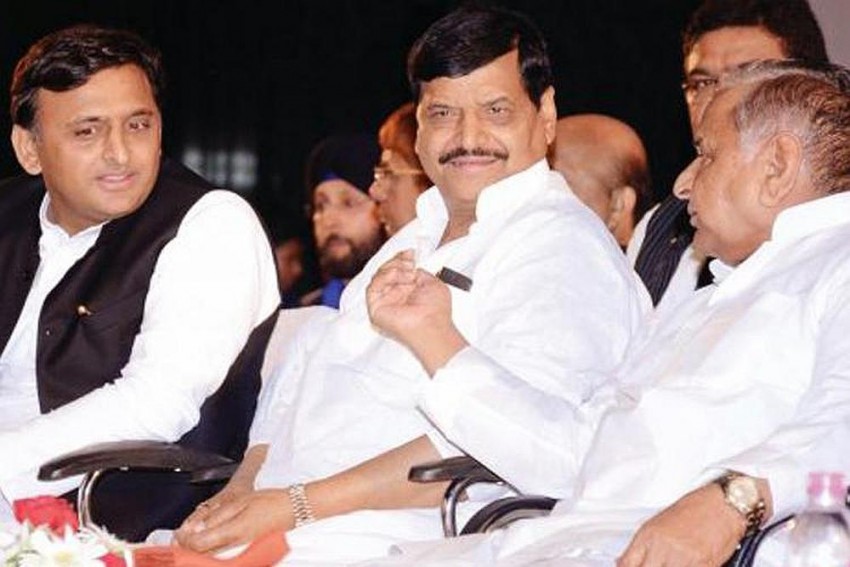 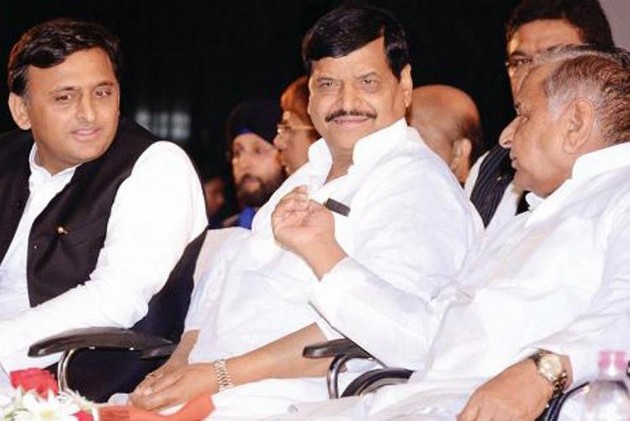 The Samajwadi Party in Uttar Pradesh has been in troubled waters since its president Mulayam Singh removed his son and chief minister Akhilesh Yadav from the designation of the party's state chief and appointed younger brother Shivpal in his place on Sept 13.

Later that very evening, Akhilesh retaliated by stripping uncle Shivpal from all his portfolios: PWD, irrigation, cooperatives, flood control, land development and water resources, wasteland development, revenue, disaster relief and rehabilitation, and public service management. The move was followed by speculation of an internal rift in the family.

By noon the next day Akhilesh tried to clear the air by saying that there may be some problems in the Samajwadi party, but not in the family and everyone including the chief minister himself accepts Netaji's decision.

Many in the party predicted the feud when Akhilesh removed Chief Secretary Deepak Singhal two months after taking charge. Singhal, a 1982 batch IAS officer, was considered to be close to Shivpal.

What probably led these simmering tensions to come to the fore, was the sacking of Mining Minister Gayatri Prajapati and Panchayati Raj Minister Rajkishore Singh from his cabinet after charges of corruption were levelled against them. Both the leaders happened to be close to Mulayam.

Lalmani Verma of Indian Express in his article wrote:

“A section in the party said Shivpal’s appointment by Mulayam Singh was his way of placating his brother following the removal of people considered close to him. But others in the party maintained it was done only to clearly define the roles Shivpal and Akhilesh would play in the coming days-Shivpal would lead the organization while Akhilesh would be the party’s chief ministerial face.

Many in the party have always considered Shivpal as the No.2 in the SP hierarchy. For the record, the letter appointing Shivpal as state party president was issued by SP general secretary Ramgopal Yadav who said “Shivpal will strengthen the party with his hard work.”Perhaps, the move was simply Netaji’s way of delegating party work which must be gaining momentum in preparation for the assembly elections next year and which Akhilesh, aleady burdened with chief ministerial responsibilities, may not have much time to perform."

Things have not been too smooth between Akhilesh and Shivpal for quite some time now. In June 2016, Shivpal approved the merger of gangster-turned-politician, Mukhtar Ansari's political party Quami Ekta Dal (QED) with Samajwadi, but Akhilesh expressed his concern and the move was eventually scrapped three days after its announcement.

An article written by Ajay Singh of Firstpost mentions :

“The sequence of events in the past clearly showed that the family feud has exacerbated and reached an alarming level. Given the fact that Mulayam still controls the party and commands respect among his followers, there is a strong possibility that the skeletons within the Yadav family’s closet will remain covered for the time being. The family patriarch will prevail over and impose his will on his siblings and progeny to bury the hatchet for the larger interests of the family.

But the question arises: Would such a situation bring relief to people of the state? It is quite likely that Mulayam will force Akhilesh to kiss and make up with his estranged uncle Shivpal in a public demonstration of filial loyalties. That Akhilesh draws his strength from the fact that he is a chip off the old block will deter him from going against his father beyond a point.”

Meanwhile on Thursday, Samajwadi party leader Ramgopal Yadav told reporters before the meeting with Akhilesh “Differences do take place on some minor point and they can be resolved. The leadership, though not deliberately, had made a mistake when CM was removed from the post of (state) president (of SP)."

Meanwhile, there is no denying that as the senior-most member of the party Mulayam Singh has a major role to play in resolving the ongoing feud in Samajwadi. With the state assembly elections round the corner, this fallout between these two big leaders may prove unfortunate for the party, and could also give other political parties an edge over the Samajwadi Party.

What has become clear to most by now is the fact that party is having serious unity issues. Only time will tell whether the recent decision to designate Shivpal as UP Chief will turn out to be productive or not.