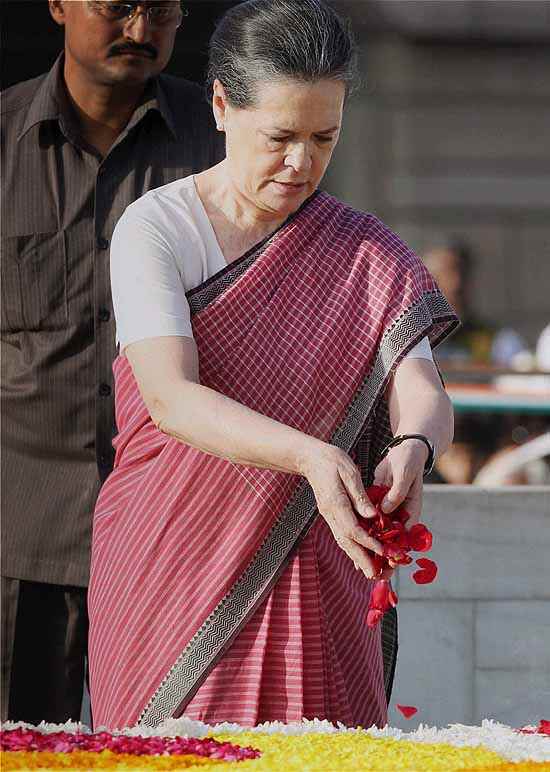 Rasheed Kidwai, the biographer of Sonia Gandhi, whose book on Congress party 24 Akbar Road (Hachette India), has recently been updated, has revealed that senior leaders in Congress party were rattled last December 9, which happens to be Congress President Sonia Gandhi's birthday, when she told them that she wishes to retire when she turns 70.

The book goes on to give the background in which Rahul Gandhi was made the Congress vice president at the Jaipur 'Chintan Shivir' in January this year:

"Stunned by the announcement after all, hardly any Indian politician ever retires, nervous party leaders requested her to let Rahul 'take charge.'

"Efforts to persuade the 42-year-old Rahul began but the then general secretary dithered.

"Prime Minister Manmohan Singh once again pointed at his repeated offers to Rahul to join the cabinet.

"The Prime Minister conveyed to Rahul that his reluctance to be an effective power centre was hurting both the party and government.

"Rahul then agreed to opt for organizational work."

"Amid the jubilation at Rahul's anointment as the vice president at the Jaipur session, many in the Congress are still nervous.

"The anxiety stems from their experience of major changes each time a transition in the leadership takes place."

"Sonia Gandhi is seen as too tolerant a person who avoids enforcing discipline but has a knack for winning over adversaries and reaching out to alliance leaders.

"She also leans left-of-centre on most policy matters. In contrast, Rahul is seen among the ranks as a leader in the Rajiv-Sanjay mould— frank and decisive.

"His thrust on reforms, urban voters, technology, the youth and gender sensitivity may force many party leaders and regional satraps to shape up or ship out."

The book also provides a hitherto unknown fact that Rahul Gandhi, the Amethi MP, had "seriously considered becoming the candidate for chief minister but the AICC shot down the idea".

The book cites the following reasons offered by Rahul Gandhi's aides for the decision:

"One, it is not an easy state to govern. Two, Rahul cannot restrict himself to a particular state or region.

"The argument was that if Rahul identified himself with Uttar Pradesh and if for some reason the voters rejected him, it would affect the party's goal of establishing a government under his leadership in Delhi."

The book goes on to suggest that while Sonia may wish to retire in 2016, her plans would depend upon the outcome of 2014 elections:

"By 2014, the Congress, effectively under Rahul, would need to display Manmohan's tenure as exemplary.

"On the other hand, a tainted UPA-II may force the party to sit out as during 1996-2003 when PV Narasimha Rao's numerous acts of omissions and commissions had a telling affect on the Congress' fortunes."