Songs Of Protest, Songs Of Resistance 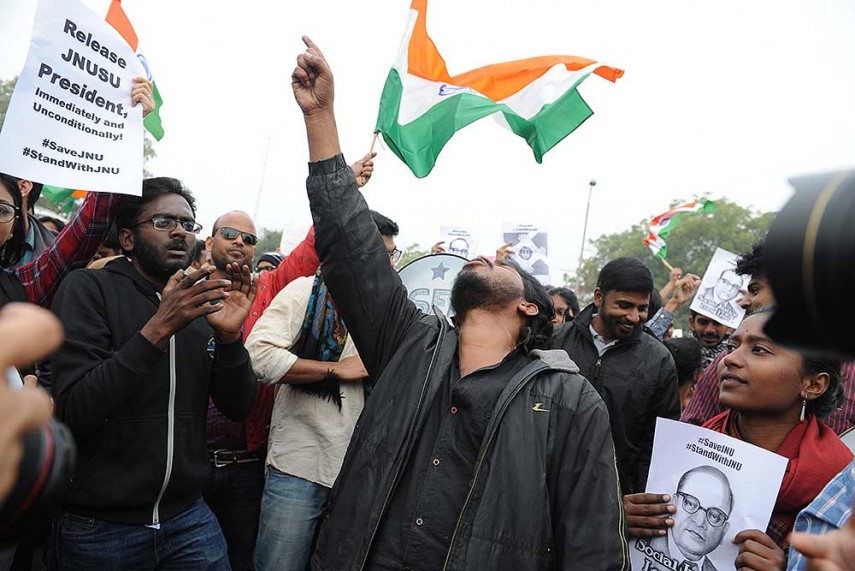 Music has always been an integral part of most revolutions. Be it the Indian freedom movement or South Africa's struggle against apartheid, songs and poetry have a way of encapsulating the struggles as well as the aspirations of those trying to usher change. The recent protests at JNU are no different. JNU has always been known for its innovative slogans and protest songs. Here is a playlist of the recent songs inspired by the protests:

Made by Siddharth, a Chandigarh based composer who goes by the name Dub Sharma, the song has mixed audio clips from JNU student union President Kanhaiya Kumar's famous speech with a catchy EDM tune. In the track, one can listen to the slogans he had raised and the 'azadi' he had demanded from feudalism, capitalism, Brahmanism, casteism. Kumar's slogans end with — "Azadi hum leke rahenge, tum kuch bhi karlo. (We will take our freedom, do what you will)".

Song of resistance by Stand with JNU:

The lecture series organised by the college in protest of being called anti national saw students coming in from all over Delhi to listen to the speakers. Song of resistance was part of the event where students of the university sang songs to show their support and solidarity during this time of crisis.

We are JNU by Sylvie:

Composed by a JNU student from Germany, the song is an ode to both student leader Kanhaiya Kumar and the university's spirit of resistance. The lyrics, "If they shackle us down, we raise our voice, 'Cause democracy is an everyday choice. If they beat us up and they push us around, We stand only more firmly on our ground"— talk about the unbreakable spirit of the students of JNU, even under the hardest of circumstances.