Sometimes I Wanted To Throw Myself In The River: Jane Hawking 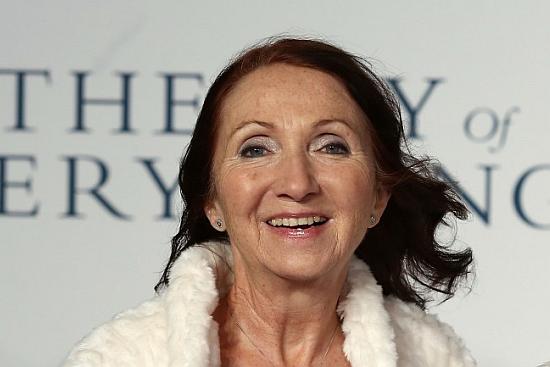 Stephen Hawking's first wife Jane who is now married to organist Jonathan Hellyer Jones in an interview to the Telegraph spoke about her marriage to the theoretical physicist who was diagnosed with Motor Neurone Disease at the age of 22 and the love that she still feels for him.

Jane who met Hawking just a month before he was diagnosed with the disease and given only two years to live says:

When Stephen was first diagnosed, we weren't actually going out together, but I was already falling in love with him. He had beautiful eyes and this amazing sense of humour, so we were always laughing. Also I was young and had lots of energy and optimism and that did make a difference. But most importantly I loved Stephen and wanted to do my best for him. So I thought that I could easily devote two years of my life to help somebody I loved – someone who had so much potential – achieve his ambitions.

Talking about the pressures of looking after Hawking and their three children, she admits:

Stephen said to me early on: 'Where there is physical illness, you can't afford to have psychological illness as well', and by extension I felt that should be my mantra too. But sometimes life was just so dreadful, so physically and mentally exhausting, that I wanted to throw myself in the river – although of course I stopped myself because of the children.

Eventually, Hawking left Jane for his carer Elaine Mason, whom he subsequently married.

On how she feels about him now, Jane says:

Our marriage was a great success. Stephen achieved what he wanted to achieve, we kept going for a very long time, and we had three wonderful children together....I feel a great deal of admiration – and a lot of love for him too. It's not the same kind of passionate love as before, but yes, I do still love him.

For Jane, who is of a religious disposition, Hawking, who at 22 had been told he had just two years to live, is nothing less than a miracle:

When I think that it has been 52 years since Stephen was first diagnosed, that to me is a miracle. Ok, it may be a miracle of modern medicine and Stephen's own courage and perseverance but it is also quite simply a miracle. There were plenty of times when I thought he wouldn't make it.