Sofa Diving Behind Barack Obama's Back

While President Barack Obama was busy meeting a departing United States Secret Service agent and his wife in the Oval Office on June 23, 2014, the accompanying child seems to have decided to dive into a sofa to alleviate his boredom.

The photo, taken by Lawrence Jacksonm, an official White House photogtrapher, was released on the White House Flickr account today and has already gone viral.

Earlier, in 2012, a similar photo by official photographer Pete Souza had captured a playful encounter between the US president, pretending to be caught in Spider-Man's web, and a staff member's child dressed up for Halloween. 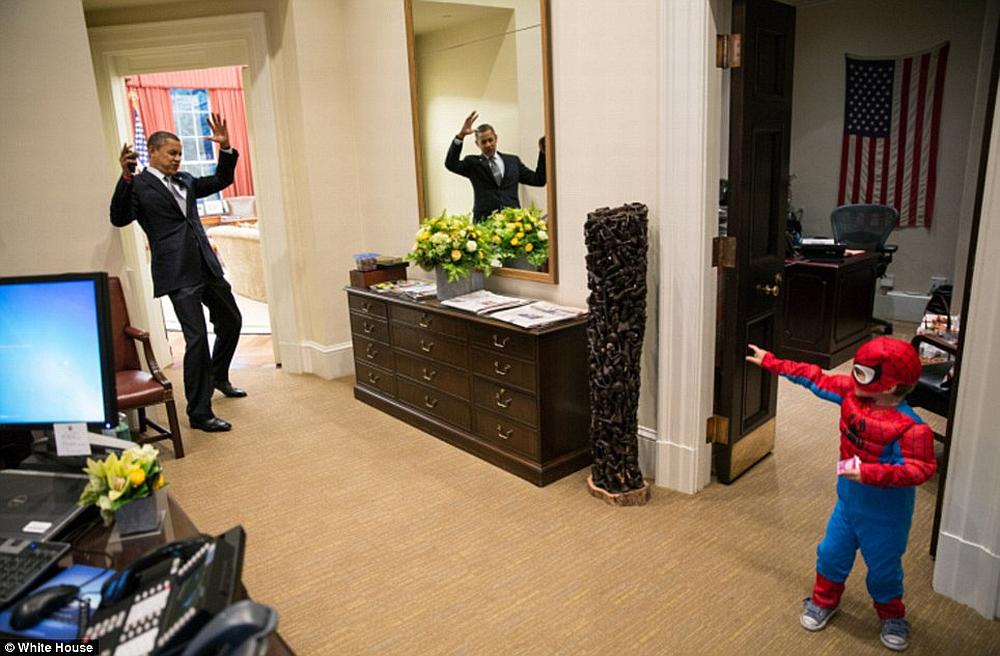