Sippy's Sholay Climax That Won't Make It To Pakistan 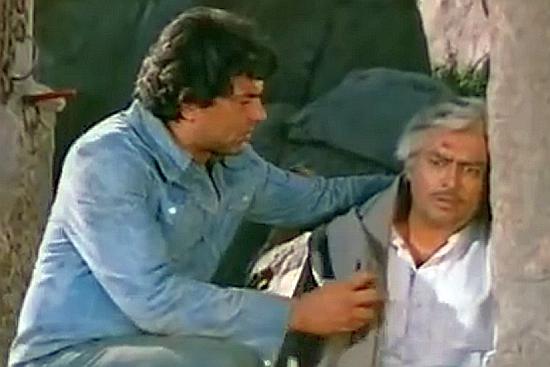 In its 40th year, Ramesh Sippy's 1975 classic, Sholay, is finally getting a release in Pakistan. But strangely, the version that our neighbours will get to see, "while being the same as the one seen by millions in India, is still not going to be the version that was intended by Sippy".

Sholay's release coincided with the Emergency and under stringent censorship laws, the Censor Board was worried about depicting a former police officer as a vigilante which could prove to be dangerous in the context of the Emergency.

Emergency or no Emergency, looks like Pakistan too will have to do without the original climax that Sippy had imagined for the movie.

Lawrence writes in the Indian Express:

In the last scene of the version we know, just as Thakur Baldev Singh is about to kill Gabbar, the police arrive, reminding him that punishing criminals is the responsibility of the law, and as a former police officer he should respect this authority. After a moment’s hesitation, Thakur hands over Gabbar to the police, thereby reinstating the sovereign authority of the law and preventing a climax which would have depicted an act of personal revenge as redemptive justice. A little-known fact about the film is that what we see in the bowdlerised version is the result of just such an act of sovereign intervention off screen.

Sippy’s original shows Thakur killing Gabbar by kicking him into a nail stuck on the same pillars that Gabbar had tied him to when he chopped his hands off. After he kills Gabbar, he falls down with a vacant look and Veeru slowly walks up to him and drapes his shawl on him. The music reaches a melodramatic crescendo as Veeru and Thakur hug each other and cry.

Here is the uncut ending to Sholay:

And the one that we are all familiar with:

All In The Tongue