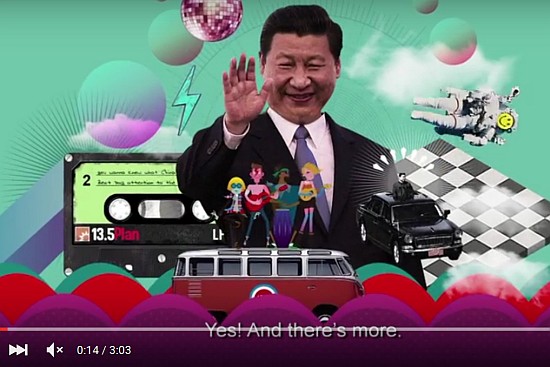 Going into their 13th five year plan, an official YouTube video on the plan is making the rounds explaining what the government wants to do and how it wants to do it. What is striking about the video is the retro take it employs to put the message through with funky music and cartoon animation thrown in??
for good measure.

The Chinese Government led by President Xi Jinping has said that one of the ways to maintain economic growth would be by changing China's growth model from being an export and investment? driven one ?to one ?that is driven by consumption. And that can only be done by taking its entire population along. The video seems to be showing the way of doing that and clears the air about what the plan is and what the government wants to do.

How China will be able to pull this through will be a thing to watch. It makes its intentions clear through the video that it wants to include its one billion plus population in this march for growth.

?Check out the video: