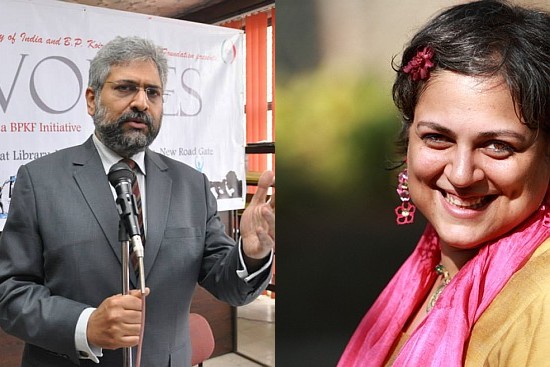 In the last couple of days, Indian journalists seem to have been at the receiving end of what can only be termed as growing intolerance and an inability to accept difference in opinion.

On January 20, senior journalist Siddharth Varadarajan was held hostage for almost half an hour inside the Vice Chancellor's office, Allahabad University, when he went to meet the VC.

Varadarajan who was there to address a symposium at Senate hall of the Arts campus wasn't allowed to do so by the authorities after protests by the office bearers of the Students' Union who claimed that he is pro-naxal and his ideas are anti-national.

Despite this, Varadarajan addressed a gathering of almost a 100 students at a venue right outside the varsity. When he went to meet the VC, a large number of ABVP memebers along with the officer bearers of the Students' Union appeared at the portico of the VC's office and started shouting slogans against Varadarajan. It was only after the police intervened that he was allowed to leave.

So in the face of ABVP's threats, the Allahabad Univ admin & city admin have forced the cancellation of my talk on freedom of speech!

I will, however, be going to the Allahabad University campus today to register my protest at this blatant intimidation

Just delivered my lecture on freedom of expression at a hall outside Allahabad Univ campus. Now going into campus. pic.twitter.com/qXHkDfHyho

On the same day, a convict in a Gujarat riots case, out on parole, allegedly assaulted journalist Revati Laul, who is writing a book on the convicts in the 2002 Naroda-Patiya massacre case, in Ahmedabad.

She alleged that she was punched and slapped by Suresh Chhara when she asked him some questions during an interview at his house. She managed to escape after Suresh Chhara's son and some neighbours intervened.