Priyanka has opted out of Salman’s next extravaganza, Bharat, being helmed by Ali Abbas Zafar, who has directed two of his blockbusters, Sultan (2016) and Tiger Zinda Hai (2017). 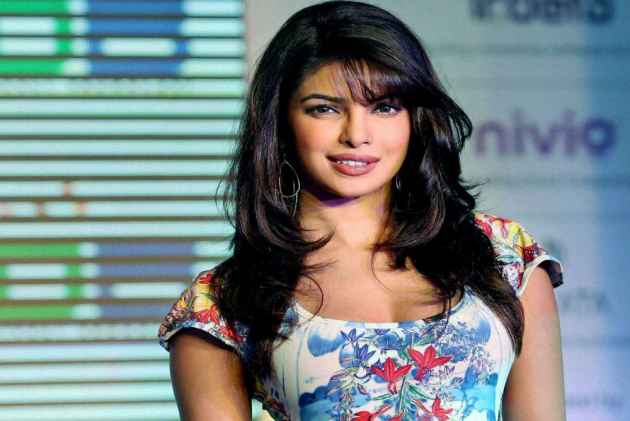 Priyanka Chopra has done the ‘unthinkable’ in Bollywood terms; it takes guts to walk out of a Salman Khan project.

Salman is no ordinary star today; he is the reigning monarch of the Hindi film industry. Any top actress would give her right arm to work opposite the 52-year-old Bandra boy, who has a humongous and fiercely loyal fan-following.

And yet, Priyanka has opted out of Salman’s next extravaganza, Bharat, being helmed by Ali Abbas Zafar, who has directed two of his blockbusters, Sultan (2016) and Tiger Zinda Hai (2017). If Salman is to be believed, the Quantico star landed at his house barely ten days before her shoot was to commence and sought to be excluded from his movie. Salman had her replaced subsequently by an ever-dependable Katrina Kaif.

Going by Zafar’s recent tweets on the issue, Priyanka had to leave his film “in the Nick of time” for a “very special personal reason”. It was widely inferred then that she was going to settle down in matrimony with Nick Jonas, a 25-year-old American actor-singer-songwriter she is said to be dating these days. So far, so good!

But what has since happened is stunning for the male-dominated film industry, to say the least. Only two days after Priyanka walked out of Bharat, she was confirmed for a lead role opposite Guardians of the Galaxy star Chris Patt, in an upcoming Hollywood movie based on Cowboy Ninja Viking. It was probably the big break that Priyanka had been waiting for all these years. But did she dump Salman, not for a “very personal reason” but a professional one by allotting her dates for the American movie at the cost of Bharat? And that too at a time when Salman was in the midst of wrapping up the first schedule of his film.

If it is true, how has Salman taken the apparent slight meted out to him by one of his leading ladies? Has it left his ego bruised or, like a true sport, has he taken it in his stride? Going by his response, it appears that he has taken it rather badly. Salman had initially maintained a studied silence over the issue but he could not conceal his hurt and disappointment when he was asked about it during the recent promotion of Loveratri, his home production starring his debutant brother-in-law Aayush Sharma, in Delhi. According to Salman, he would not have stopped Priyanka had she told him about her big Hollywood project. But she had given another reason to quit Bharat, he emphasised. “Whatever may be the reason, be it marriage or picture or her not being able to work in India or with me, it is her reason ... we are really supportive about her doing good work,” Salman said, trying hard to betray his emotions. “If she does not want to work with Salman Khan, it is okay; she is working with a big hero in Hollywood and doing India proud.”

Salman’s stunning revelations now raise a few pertinent questions. Was it not sheer unprofessionalism on part of an experienced actress like Priyanka not to keep Salman in the loop about her career move if she was seeking his support for leaving his film? Was it ethical at all to abandon a big film at her own sweet will when it had already gone on the floors? If she had really cited a “very special reason” so as to be able to do a coveted Hollywood venture, can it be condoned?

That is why it becomes imperative for Priyanka to clear the air about her exit from Bharat in the light of Salman’s latest remarks. As a professional actress who has attained great heights in the Indian film industry before her foray into Hollywood, she should not skirt the issue merely by asserting that everything about her personal life is not for public consumption. Her exit from Bharat may not be a personal issue if she commences the shooting for a new Hollywood film soon after abandoning a big movie back home on a different pretext.

As a career woman, Priyanka, of course, has every right to take decisions in her professional interest. A big Hollywood project may propel her into a big league at an international level, something even a potential Salman blockbuster would not have done. It is also understandable that for an ambitious actress trying to gain a foothold in the American film industry, such offers do not come by every day. She had to choose her options but wouldn't she have done well to tell a long-time colleague like Salman about it beforehand instead of letting him sulk later?