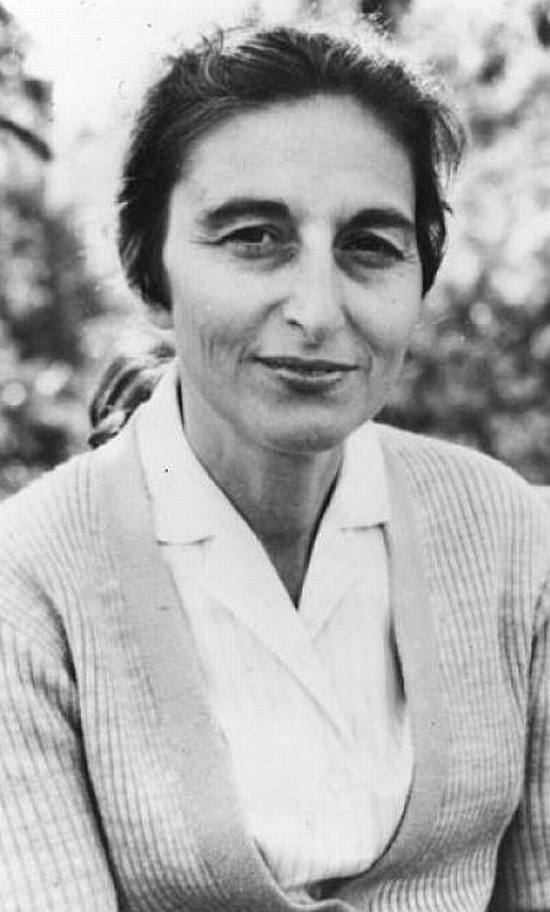 She had a pulmonary disorder, said James Ivory, the film director who had worked with her since the early 1960s.

Born Ruth Prawer in Cologne, Germany, to Jewish parents who fled the Nazi regime in 1939, emigrating to Britain, she became a British citizen in 1948.

As she told Philip Horne:

I was very lucky to go to England when I did. I was also very lucky to have the years of doing nothing but reading, mostly English literature. So my whole background is that. It was extremely fortunate for me. Also English became my first language.

Well, I started off and still am primarily a novelist, and not a screenwriter. Studying English literature is really not studying - to have all those years to read is a gift. Particularly as I wasn't really good at anything. While I was preparing for my degree, I never wrote. I wrote before and after, but during those years I just read. I even did a thesis on the short story in England from 1700-1750. There weren't any of course - but that was my thesis.

After receiving her MA in English literature from Queen Mary College, University of London in 1951, she married Cyrus H. Jhabvala, an Indian Parsi architect, and moved to Delhi.

“As soon as I got here, I began writing about India. Perhaps I loved it then because of my being Jewish. The Indian family life, the humour was closer to the Jewish world I knew than the Anglo-Saxon world.”

More than three decades later, she told Maya Jaggi of the Guardian:

"I just thought, great, it will be so warm - as it was. Other girls who were thinking of marrying an Indian asked, 'what's it like?' It never struck me that this was anything difficult... I only really woke up in India... It was my first experience of plenty, strangely enough, because everything in England was rationed. I loved sweets, but you couldn't get them; then there was this marvellous mitthai - I went crazy."

"It was very easy to be a writer," Jhabvala told Jaggi.

"I'd think what to eat for the day, then tell the cook. I didn't like interruptions, but it didn't bother me having children around. It makes it easier when nothing's expected of you; you're just doing your 'hobby'."

She told Jaggi that she wrote to 20 publishers in London, who "all wrote back", and soon joined John Murray, her UK publisher for four decades. After she found a US agent in the 1950s, many of her short stories appeared first in the New Yorker — the practice continued as recently as the March 25 issue with her story The Judge’s Will.

As the New York Times put it, living in Delhi in the years immediately following independence, Jhabvala, with her European sense of irony, was probably the first writer in English to see that India's Westernizing middle class, so preoccupied with marriage, lent itself well to Jane Austenish comedies of manners.

Films followed soon. Over four decades, beginning in 1963 with her 1960 novel The Householder, followed by Shakespeare Wallah in 1965 which was a critical success, she went on to make over 20 films with Ismail Merchant and James Ivory.

As Merchant were to say later: "It is a strange marriage we have at Merchant Ivory...I am an Indian Muslim, Ruth is a German Jew, and Jim is a Protestant American. Someone once described us as a three-headed god. Maybe they should have called us a three-headed monster!"

Unlike Naipaul, she wasn't drawn to India by ancestry or, as in Forster's case, by a desire to move beyond a complacent Western liberalism. She was in Delhi, as she wrote, only because her husband was there, and she was interested not in India but in herself in India. Her 1965 novel, A Backward Place, followed about the misery of exile through the lives of expatriates.

“I am no longer interested in India. What I am interested in now is myself in India, which sometimes, in moments of despondency, I think of as my survival in India.”

Writing about the intense heat, the lack of a social life and the "great animal of poverty and backwardness" she explained why she disliked Westernized Indians: "They know Modern India to be an important subject and they have a lot to say about it: but though they themselves are Modern India, they don't look at themselves, they are not conditioned to look at themselves."

Three decades later, in an essay 'Myself in India', she would write about "how intolerable India -- the idea, the sensation of it -- can become" to someone like her, a "Central European with an English education and a deplorable tendency to constant self-analysis."

In the same essay, she wrote:

"My husband is Indian and so are my children. I am not, and less so every year."

Later she wrote of a struggle "to keep my own personality and not become immersed, drowned in India".

"First, I was so dazzled and besotted by India. People said the poverty was biblical, and I'm afraid that was my attitude too. It's terribly easy to get used to someone else's poverty if you're living a middle-class life in it. But after a while I saw it wasn't possible to accept it, and I also didn't want to."

But she felt a "terrible hunger of homesickness" for Europe:

"...You try to reclaim what's yours, to recapture your past - even the past you haven't had".

Finally, in 1975, with the proceeds of the Booker she won for her novel Heat and Dust, she purchased an apartment in New York —a "very European city", but one she saw as innocent of Europe's history —  and moved there, dividing her time between India and the United States, finally becoming a naturalised citizen of the United States in 1986, thus becoming a dual British and American citizen. Merchant and Ivory, by now extended family, lived in the same apartment block.

As Maya Jaggi put it in her Guardian profile:

"in the pickled cucumbers of West Side delicatessens, she found a "memory-stirring madeleine" to evoke the pre-war German childhood she had lost as a refugee in England in 1939. "I met the people who should have remained in my life," she wrote, "people I went to school with in Cologne, with exactly the same background as my own."

Describing herself a "writer without any ground of being out of which to write: really blown about from country to country, culture to culture, till I feel - till I am - nothing," in her 1979 Neil Gunn fellowship lecture "Disinheritance", she went on to say, however: "I like it that way... a cuckoo forever insinuating myself into others' nests... chameleon hiding myself in false or borrowed colours". 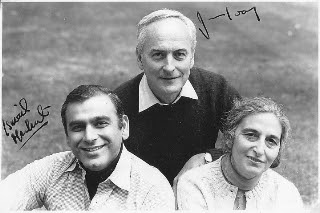 She won the Oscars in 1987 and 1993 for her screenplays of A Room With a View and Howards End, both adapted from E.M. Forster's eponymous novels. In 1990, she won the Best Screenplay Award from the New York Film Critics Circle for Mr.& Mrs. Bridge. She was nominated for a third Academy Award for screenwriting for The Remains of the Day (1993), from a novel by Kazuo Ishiguro. She also won a Bafta for Heat and Dust (1983). She was awarded the CBE in 1998, and a joint Bafta fellowship with Merchant and Ivory in 2002.

This is how she described her approach to adapting classics in an interview to Philip Horne:

I was never interested in adapting classics at all. I'd written four novels. I was never interested in film. Never. I never even thought of it. I never thought of it until Merchant Ivory came to India and filmed one of my books - they said: "Why don't you write the screenplay?" I said I'd never written a screenplay and I hadn't seen many films because I was in India by that time and hadn't really had any opportunity to see new films or art films or classic films or anything. So they said, "Well, try. We haven't made a feature film before." So that was really my introduction into film.

AP/With the Bafta fellowship with Merchant and Ivory in 2002

In the same interview, she described how she worked with James Ivory:

Well, when I lived in India and he lived in New York, or wherever he was, we did a lot through correspondence. But now we all live in New York... I am still so used to working on my own that I do several drafts for myself first and then send them to him to make marks in the margin. And then I rewrite, and this goes on over a few months. And then finally we sit together and see where we still might have disagreements. Then he goes and shoots the film - I have nothing to do with that - I only go along to see some rushes. But I will see the rough cut, which is usually twice the length of the final version, then I see it again, and we sit in the editing room for some time and, you know, fiddle about.