R.I.P S.V. Raju, The Man Who Wanted To Revive Swatantra 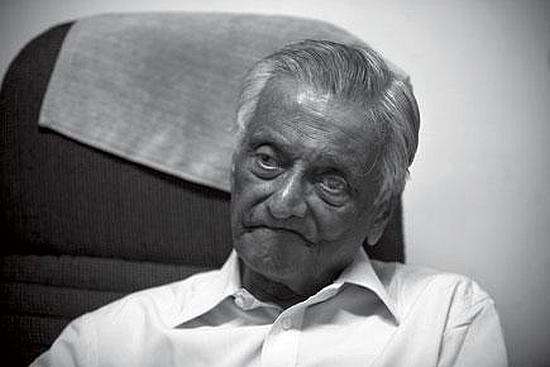 S V Raju. the executive secertary of the Swatantra Party died on May 19. Raju is known for his tireless efforts against Indian Socialism, especially at a time when Indira Gandhi was using the attractive slogans of socialism to consolidate her personal power.

In an obituary published in the Mint, Niranjan Rajadhyaksha writes:

The Swatantra Party was the second largest party in Parliament after the 1967 elections. It then collapsed in a sorry heap after Indira Gandhi was swept to power in 1971 with the promise of abolishing poverty with socialism, and acrimonious internal battles hastened its end. One part of the party combined with Charan Singh. Another part eventually ended up in the Janata Party.

Raju did not give up. He kept a whole range of institutions going: the Indian Liberal Group, Freedom First magazine, the Forum of Free Enterprise, the Project for Economic Education; that wonderful journal from the culture wars of the 1950s, Quest, unfortunately folded up. He filed a writ petition in the Bombay high court in 1996 that challenged the law that no group can get registered as a political party unless it swears by socialism. He sometimes wistfully wondered whether the Swatantra Party could be revived.

On the party's 40 the anniversary in 2014, Outlook did a piece called 'A Case for Swatantra':

It is unlikely that the Swatantra Party can be revived. Raju tried but he found he couldn’t because of the requirement that political parties must swear allegiance to the principles enshrined in the preamble to the Constitution, one of which is socialism. He challenged this in the Bombay High Court in 1996, but the writ has not been heard till date

In the 2014, the Open magazine too carried a piece on Raju's relentless efforts for revival of the party and his undying spirit:

It is 1996. Post-liberalisation, the Maharashtra unit still exists in some fashion—it has an office, a telephone, and holds occasional meetings. But it hardly has any members. Raju and its general secretary, LR Sampat, decide to revive the Swatantra Party. For this, they need to register it again and reclaim the party symbol, the star. They approach the Election Commission for registration papers. But these demand that the party swears that it is ‘Socialist’, in accordance with a 1989 amendment of India’s Representation of People’s Act. They refuse. They cannot vow to uphold an ideology they have been fighting all their lives. They file a writ petition in the High Court challenging this provision.

It is 2014. The party has not been reactivated. The High Court is yet to have even a single hearing on their petition. Sampat has passed away. Raju is 80 now. In a small office in Fort, Mumbai, he sits and says he is still hoping to revive the party. “I am the only member now. I have kept it going because the idea is important. And now I am preparing a case of why we need to continue.”