Over decades, hundreds and thousands of people had descended on the tiny cafeteria which he ran in a corner of a college campus – Calcutta’s Jadavpur University. 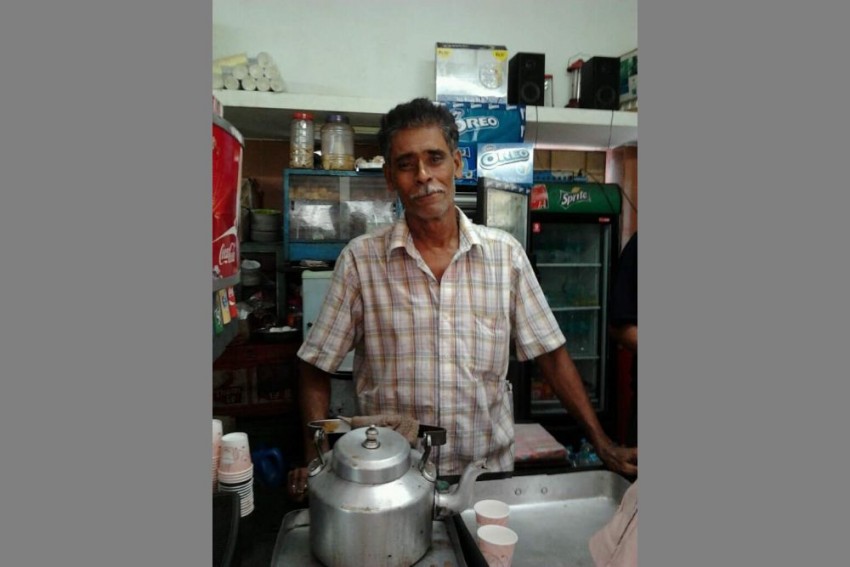 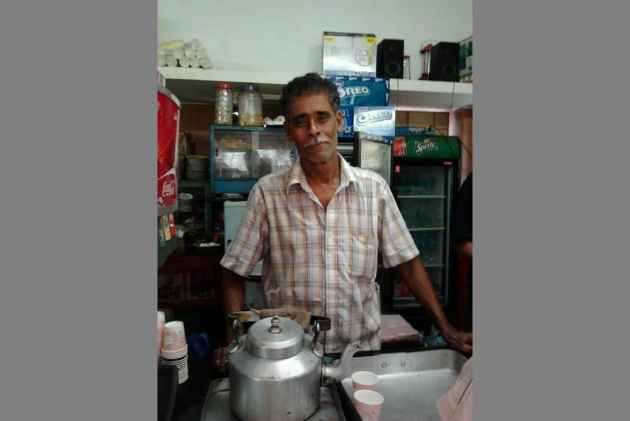 Milon Dey, populuarly known as Milon Da perhaps never realised the magnitude of love that he commanded. So, it is unlikely that he was aware that he had become something of a legend. But as tributes from all over the world flood social media following his death from lung cancer this week, it has become amply clear that he was both – as much loved as he is a legend.

Over decades, hundreds and thousands of people had descended on the tiny cafeteria which he ran in a corner of a college campus – Calcutta’s Jadavpur University. Here he served tea, coffee, cookies, cakes, cutlets, colas, cigarettes and a range of savories including his signature “dhoper chop” – a crispy, batter-coated snack with a crunchy filing, which was no doubt so named in irony by the university’s angst-ridden intellectuals to signify a moment of purity, the only true thing in a world gone to the pits, drowned in its own phoniness.

“Dhop” is the Bengali slang for “lie” or “fake” or “false” or “untrue” but its utterance conjures up a host of ideas and its usage can vary from the innocuous “dhop deesh na” (don’t lie) to the more pugnacious, “dhop marchhey” (he or she is bullshitting). 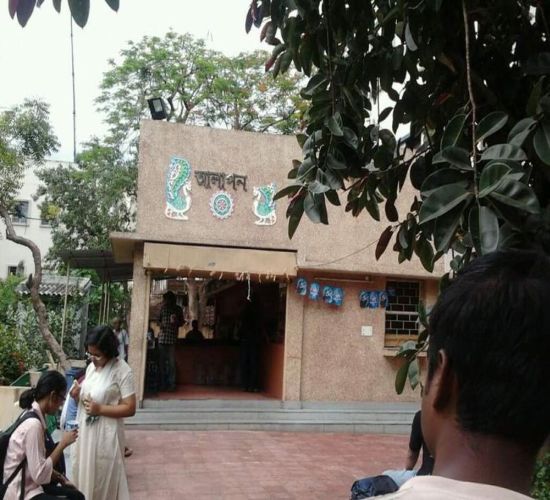 But – and here is the thing – “Milonda’s canteen,” which is arguably the most-used phrase during the college life of any JU student, was much more than a one-stop, food-joint. Other than being a most frequented locus of culinary activity – not just for JU students and teachers, whether day scholars or boarders, but also for the friends of the students and their friends from other campuses – the area in and around the cafeteria had somewhere down the line become an enchanted place. It had become a space where students discussed literature, politics, drama, art and music over hundreds of cups of cha and chop. Dhoper chop. It is where college romances bloomed and wilted. It is where hearts broke and minds were made up. By all those who would soon go out into and disperse themselves in various corners of the world, the real world. Unarmed with a dhoper chop.

And at the centre of all this stood  Milon Da, quietly, unceremoniously handing out the trays of cha and “bishkoot”s, completely oblivious of the role he was playing in weaving this magical space around him.  He was like a magnet attracting into his charmed surroundings the whole of university life.  Indeed, as a JU alumnus posted on her Facebook page, “We spent more time in and around Milon Da’s canteen than we did in the classrooms.” And another, “For everything it was…Milonda’s…need a break, Milonda’s;  need some space, Milonda’s...looking for someone, Milonda’s. “

In an interview to a Calcutta newspaper Milon Da had revealed that he started the canteen in 1972 soon after arriving in India after fleeing Bangladesh during the war of Liberation.  He told the interviewer Arka Bhaduri that he sold tea inside the campus during the day – initially it was in the open and then in a section of the generator room and only later could he construct a proper structure for his cafeteria – and slept on a pavement outside the gates at night. When the business gradually grew, he bought a plot of land in the suburbs of Calcutta and brought his parents to the country.

“I was from an impoverished family,” he told the newspaper. To the question whether “after him” his wife and two sons will look after the canteen, he had replied that was up to them.

After all, his name, Milon, did mean "bring together".

When Pakistani Serials Go Off Air In Kashmir