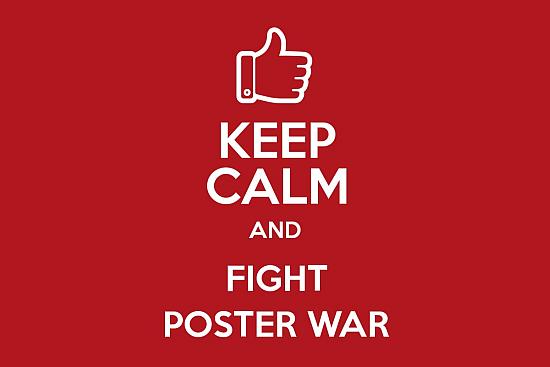 It seems the Allahabad unit of the Congress—or at least some of its workers, maybe just the self-styled ones—is hell-bent on causing a top-level change in the party.

A virtual war of the posters seems to be on at present between loyalists who seem to have lined up behind the respective siblings of the Congress first family.

Last week, a banner came up at the Subhash Crossing claiming that Priyanka Gandhi Vadra would soon be joining active politics.

"Congress ka Moon, Priyanka is coming soon ('the moon of Congress, Priyanka, is coming soon')" read the banner which comes soon after another one on similar lines:

Both the banners were apparently credited to Youth Congress leaders Haseeb Ahmad and Shirish Chandra Dubey.

Interestingly, the main party leaders deny these two as being of any consequence but the same duo had last year been reportedly suspended when, too, they had demanded Priyanka to take over the reins of the party in the run up to the elections:

No prizes for guessing that what is common to all these posters is the absence of Rahul Gandhi.

But Rahul supporters, it seems, have decided to join the battle now with their very own poster, with some good old-fashioned sexism thrown in:

With supporters like these, why would the Congress need any opponents?