So, the consensus seems to be that while public opinion is shifting towards bigger parties, this time around the combined tally of Congress and BJP might be less than 272, say the DNA editors: 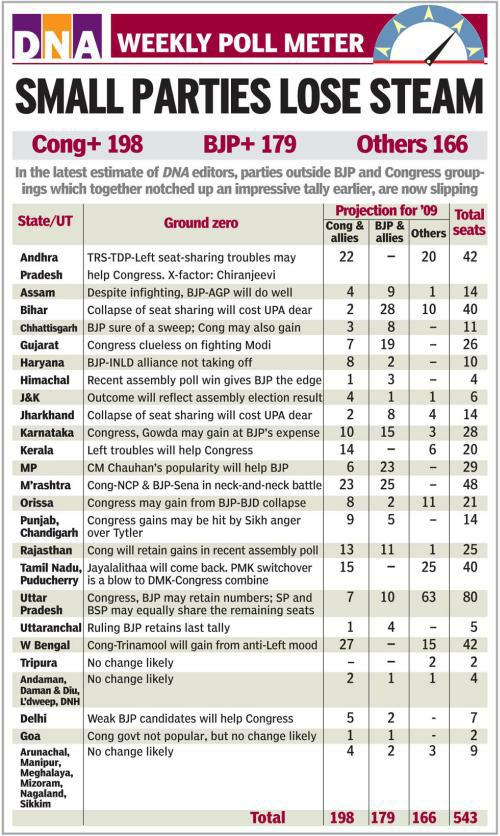 "Neither the Congress nor the BJP has projected a prime ministerial candidate the public would like to see. Manmohan Singh and LK Advani are not popular choices. People believe the real contest will be in the next elections, between Rahul Gandhi and Narendra Modi or Sushma Swaraj," he says.

Interestingly, both psephologists [Yashwant Deshmukh of C-Voter and Vinod Bajaj, CEO of Today's Chanakya] agree that public opinion is gradually shifting in favour of national parties, with voters increasingly critical of smaller parties seen as opportunistic.

Read the full piece in DNA:  Voters swing towards big parties But believe there'll be another poll in 2 yrs