Prabhu Deva Does A Gandi Baat Jig With Father 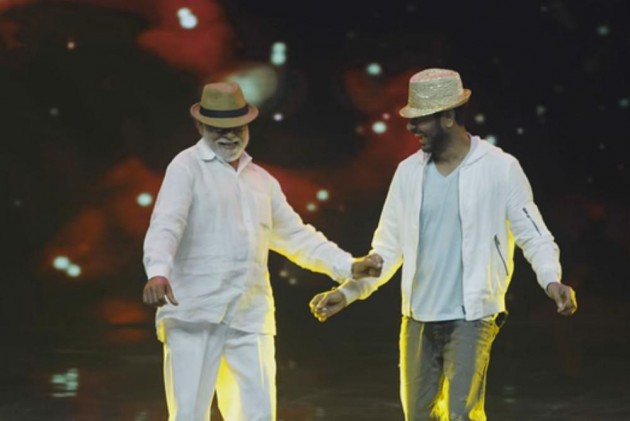 Like father like son.
Prabhu Deva, the man who choreographed the jaw-dropping dancing sequences for many a film, tangoed with his father Mugur Sundar, the ace film choreographer in south India, at a dance reality show.
The two danced to the tunes of "Gandi Baat" from R...Rajjumar on the set of Dance Plus 2 show where Prabhu Deva, the dancer--actor-director-producer, is a judge.
Mugur Sundar has choreographed over 10,000 dance sequences sp.
Sundar did a solo jig too by dancing to the music of "Vennilavey Vennilavey" from the Tamil movie Minsara Kanavu .