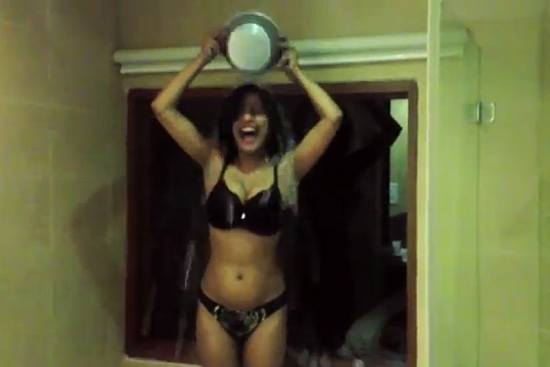 The ASL Ice Bucket Challenge to spread the awareness for ALS (Lou Gehrig's Disease) has been making headlines for quite some time now, with celebrities putting up videos of themselves dumping a bucket of ice water over their heads.

So how could Poonam Pandey possibly overlook such an opportunity to grab some eye balls?

She, of course, added her own touch. While most celebrities have taken the Ice Bucket Challenge fully clothed, Poonam Pandey decided to do the act in her bare minimum.

Apparently, says Poonam, "Had I worn a t-shirt for the Ice Bucket Challenge, my fans would have been upset."

She has thrown down the gauntlet to the three Khans of the Hindi film industry -- Aamir, Shah Rukh and Salman.