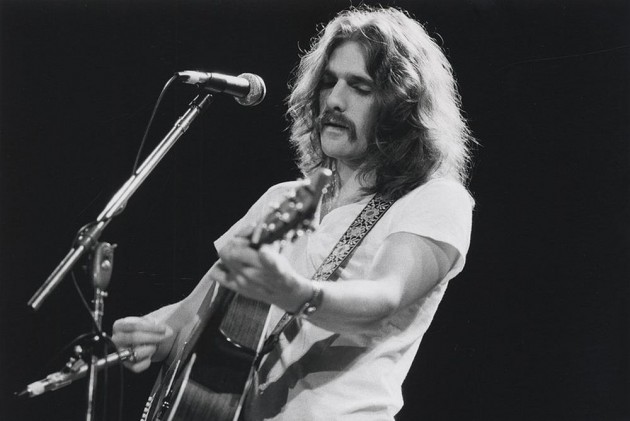 First it was David Bowie and Alan Rickman. Now it's Glenn Frey. The first month of 2016 hasn't been kind at all.

The Grammy-winning Eagles guitarist and co-founder of the band, known for hits including 'Hotel California', 'Tequila Sunrise' and 'Heartache Tonight', has died.

Throughout the early- to mid-1970s, Frey and the band released hit after hit, leading a renaissance of mellow California singer-songwriters with such artists as Ronstadt and Jackson Browne.

Frey and Don Henley co-wrote many of the band's biggest songs, including 'Best of My Love', 'Lyin' Eyes', 'One of These Nights' and 'Hotel California'. Frey also famously helped Browne finish writing the Eagles' first hit, 'Take It Easy', contributing the catchy verse, 'it's a girl, my Lord, in a flatbed Ford / slowing down to take a look at me'.

Frey played guitar and keyboard and took lead vocal duties for the band on tunes like 'Take it Easy' and 'Tequila Sunrise'.

Here's remembering some of the band's greatest hits. Rest in peace, Glenn Frey.