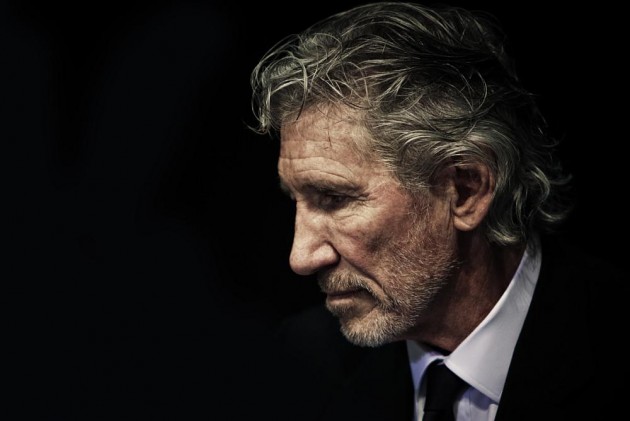 Roger Waters, co-founder of Pink Floyd, got into an argument with American singer Dionne Warwick who is slated to perform in Tel Aviv later in May.

Waters has been outspoken about Middle Eastern politics and pledged his support to the Gaza Freedom March in 2011. Back then he had said, "You can attack Israeli policy without being anti-Jewish ... It's like saying if you criticise the US policy you are being anti-Christian. I'm critical of the Israeli policy of occupying Palestinian land and their policy of building settlements, which is entirely illegal under international law, and also of ghettoising the people whose land they are building on ... It's that foreign policy I'm against. It's nothing to do with the religion."

Of late, the Pink Floyd frontman along with other organisations has been trying to get entertainers to cancel their performances in Israel as part of the Boycott, Divestment and Sanctions (BDS) movement against Israel.

Recently American R&B and soul singer Lauryn Hill cancelled her show in the Jewish state, thanks to Waters.

A statement from Dionne Warwick's side reads:

(Ms. Warwick) would never fall victim to the hard pressures of Roger Waters, from Pink Floyd, or other political people who have their views on politics in Israel. Waters' political views are of no concern to Ms. Warwick, as she holds her own unique view on world matters. Art has no boundaries. Ms. Warwick will always honor her contracts. If Ms. Warwick had an objection to performing in Israel, no offer would have been entertained and no contract would have been signed.

In a response to this statement from Warwick's representatives, Roger Waters wrote back:

Singer and U.N. global ambassador Dionne Warwick recently released an interesting if puzzling statement asserting that she would, and I quote, "never fall victim to the hard pressures of Roger Waters, from Pink Floyd, or other political people who have their views on politics in Israel."

"Waters' political views are of no concern," I assume she means to her, the statement read. "Art," she added, "has no boundaries."

Until today, I have not publicly commented on Ms. Warwick's Tel Aviv concert or reached out to her privately. But given her implicit invitation, I will comment now.

First, in my view, Dionne Warwick is a truly great singer. Secondly, I doubt not that she is deeply committed to her family and her fans.

But, ultimately, this whole conversation is not about her, her gig in Tel Aviv, or even her conception of boundaries and art, though I will touch on that conception later. This is about human rights and, more specifically, this is about the dystopia that can develop, as it has in Israel, when society lacks basic belief in equal human value, when it strays from the ability to feel empathy for our brothers and sisters of different faiths, nationalities, creeds or colors.

It strikes me as deeply disingenuous of Ms. Warwick to try to cast herself as a potential victim here. The victims are the occupied people of Palestine with no right to vote and the unequal Palestinian citizens of Israel, including Bedouin Israeli citizens of the village of al-Araqib, which has now been bulldozed 83 times by order of the Israeli government.

I believe you mean well, Ms. Warwick, but you are showing yourself to be profoundly ignorant of what has happened in Palestine since 1947, and I am sorry but you are wrong, art does know boundaries. In fact, it is an absolute responsibility of artists to stand up for human rights – social, political and religious – on behalf of all our brothers and sisters who are being oppressed, whoever and wherever they may be on the surface of this small planet.

Forgive me, Ms. Warwick, but I have done a little research, and know that you crossed the picket line to play Sun City at the height of the anti-apartheid movement. In those days, Little Steven, Bruce Springsteen and 50 or so other musicians protested against the vicious, racist oppression of the indigenous peoples of South Africa. Those artists allowed their art to cross boundaries, but for the purpose of political action. They released a record that struck a chord across the world. That record, "I Ain't Gonna play Sun City," showed the tremendous support of musicians all over the world for the anti-apartheid effort.