For those who care for such things, the 22-nation Pew Global Attitudes Survey is out for 2010 and has some interesting findings and very, very hurried comments -- 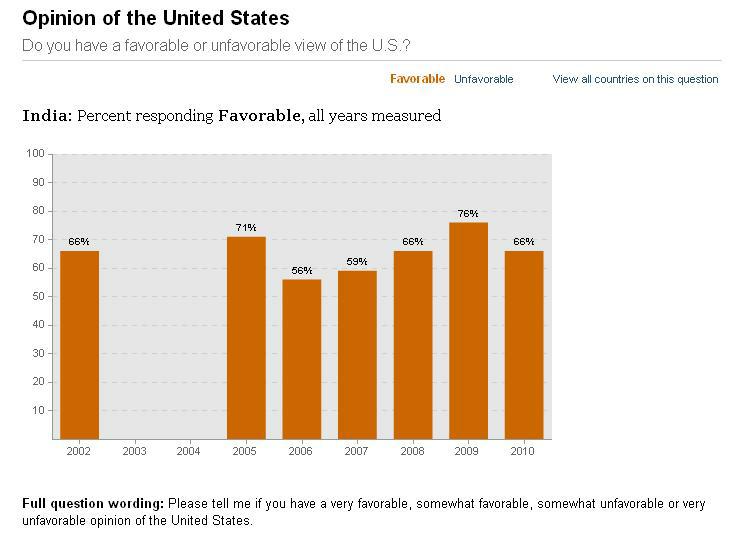 Kenyans think more highly of the USA than Americans themselves, but there are very few other countries who have that good an opinion of the USA - and this when we are down by as much as 10%, which could be attributed to the Obama/Afghanistan effect. If the poll had been done after June 7 Bhopal judgement, it is anybody's guess what the figures would have been like. 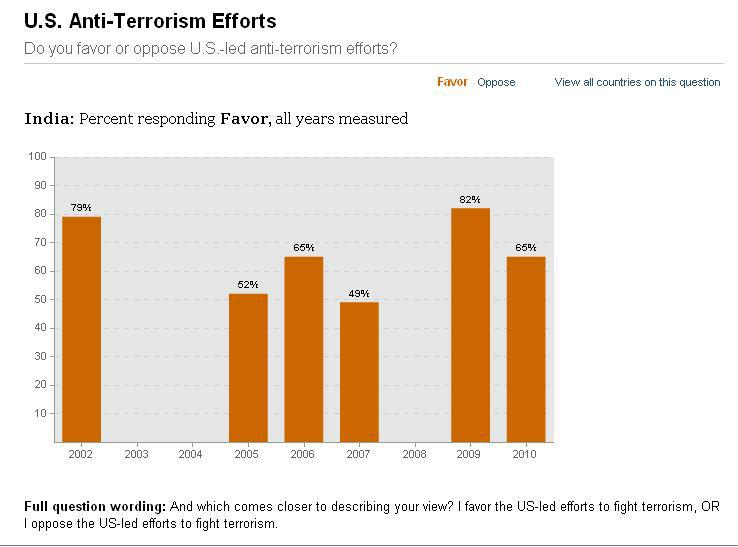 And here, again, is a whopping 17% decline in US ratings -- blame it largely on the David Headley and the US Af-Pak policy. 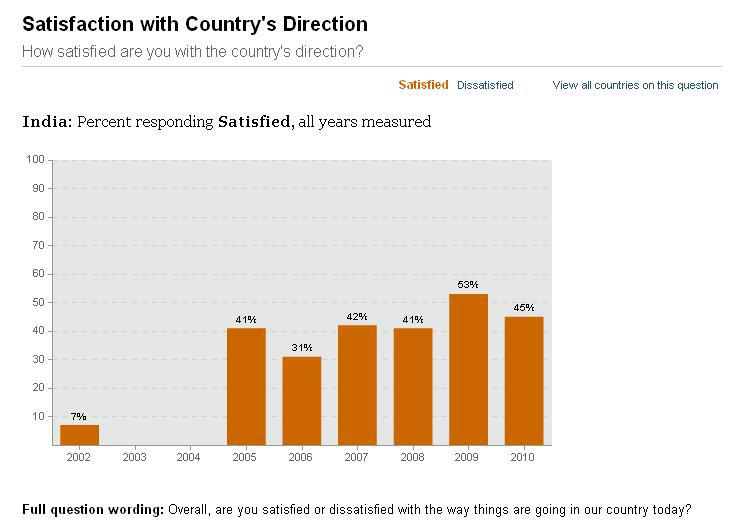 We are down, and gloomier, but this is still #4 optimistic reading in the world, after China 87%, Brazil 50% and Poland 47%. Pakistanis rate thier country at 14%, which is up from 9% last year. But, then, that might well be because the poll this time excludes FATA, erstwhile NWFP, AJK and Balochistan. 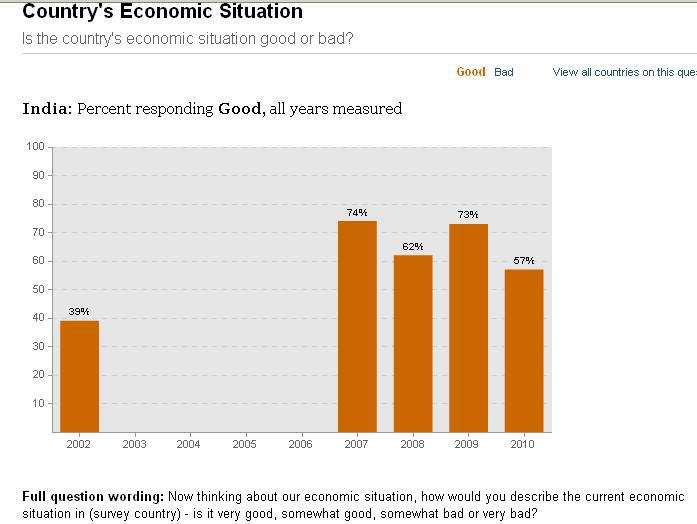 This is actually the third best optimistic reading of one's country's economic situation, after China 91% and Brazil 62%. Only 18% of Pakistanis, for example, think similarly about their economy, as compared to 24% last year. 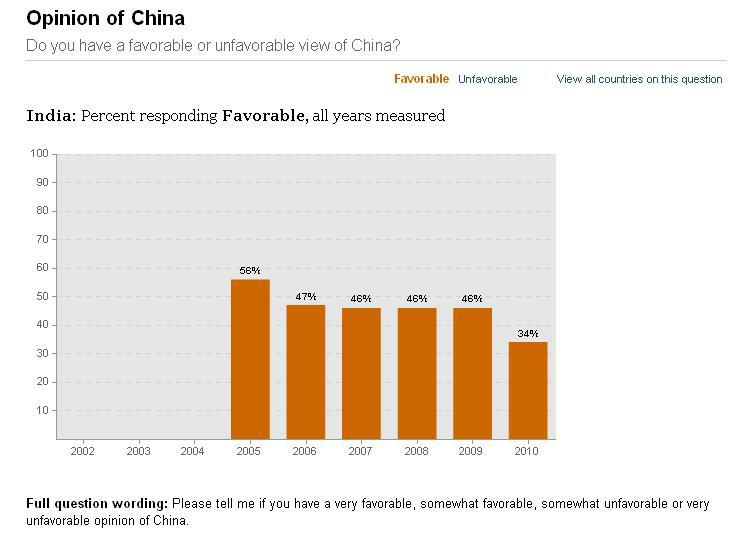