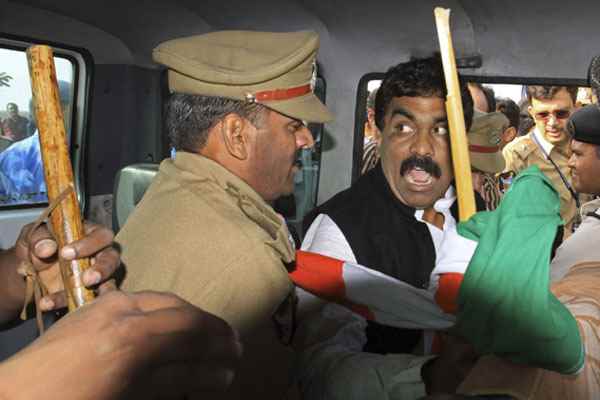 He is the same businessman whose company got a Rs 9,000 crore reprieve in a CDR (corporate debt restructuring) process just the other day. His bankrupt companies were given further loans of Rs 3,500 crore against an equity of just Rs 239 crore. Twenty-seven banks were involved in that bailout.

...Rajagopal is our richest Lok Sabha member on the Parliament website. He is the founder and chairman of the LANCO group, a large infrastructure and power conglomerate with listed companies. A couple of years back, LANCO became India’s largest independent power producer. It also started going bust.

By the middle of last year, it was defaulting on repayments to several of its lenders, who had given it Rs 35,000 crore or thereabouts in debt. Particularly troubled was his LANCO Infratech, with over Rs 7,500 crore of stressed loans (out of his total debt of about Rs 35,000 crore against a market cap of less than Rs 1,700 crore and declining), and struggling to pay salaries and carrying out sizeable layoffs. It was not declared bankrupt simply