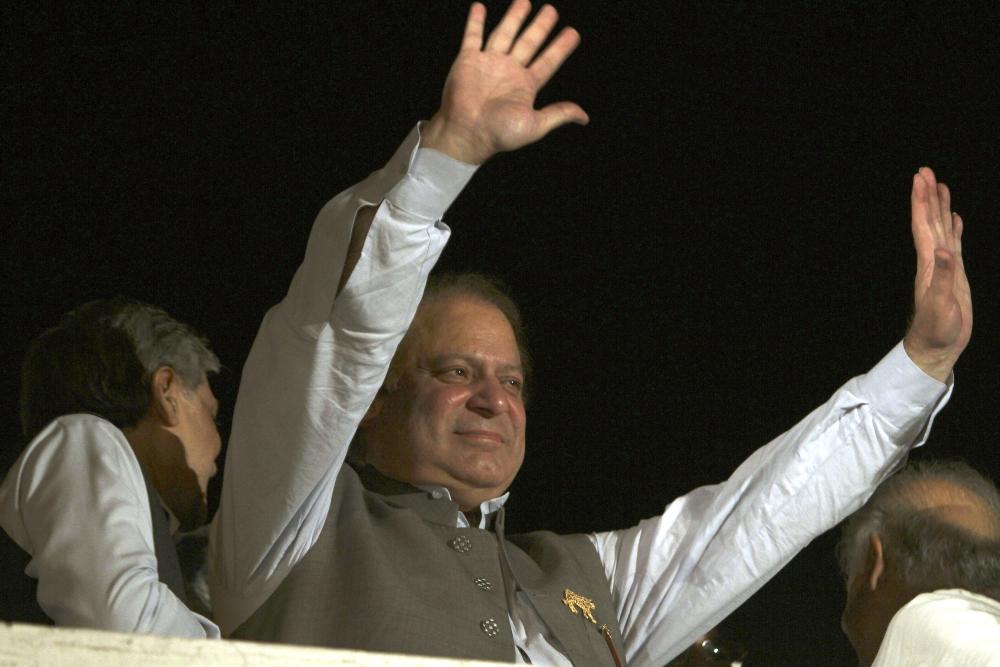 The May 11th elections in Pakistan represented the first time that a civilian regime completed its term in office and held elections in which power will be transferred democratically to a new civilian regime. In a country where the security establishment has a long history of throwing out elected regimes and manipulating results, this in itself was an important landmark. For this (and for very little else, unfortunately) we can thank President Zardari and his coalition building skills and stubborn determination.

In the short election campaign the Pakistan Tehreek e Insaf (PTI) of Imran Khan captured the imagination of the newly educated and elite classes but it did not have the time (and/or the ability) to catch up with the pre-poll favourite, the PMLN. The superior and far more detailed groundwork done by the PMLN while it ruled Punjab for 5 years, its stronger slate of candidates, its relatively energetic performance in the Punjab government, and Mian Nawaz Sharif’s improved reputation, (along with a PPP collapse) led to a PMLN landslide in Punjab. This has practically given the PMLN a simple majority in the national assembly in spite of having only a handful of seats outside Punjab. The newcomer PTI will form a coalition government in KP; PPP, with or without MQM, will rule again in Sindh; and Balochistan remains a unique case, completely outside the national mainstream.

With daily bombings by the Taliban keeping a check on the ANP, PPP and (to some extent) the MQM, and with an insurgency and its frequently vicious suppression going on in Balochistan, traditional campaigning was mostly confined to Punjab. There, an almost millenarian excitement took hold of the middle class in the course of the PTI campaign; This phenomenon was most visible on social media and in the better neighbourhoods of urban centres. Meeting each other at coffee spots and snack bars and pushing “like” buttons on each other’s facebook pages, the newly energized middle class supporters of Imran Khan managed to convince themselves that a complete root and branch renovation of Pakistan under brand new leadership was on the cards.

Never mind that Imran Khan’s had not told anyone how the great 90 day transformation would be carried out in terms of actual mechanics and workable solutions. Or that Imran Khan’s actual candidates (in a parliamentary system, constituency politics matters) were a motley collection of turncoats, inexperienced youngsters, Islamists (a good number made their bones in the Islami Jamiat Tulaba, student wing of the Jamat Islami and not known for handling opponents with kidgloves),

NGO stars and not-so-clean real estate manipulators was ignored. Unaware that this excitement had not really reached all voters, these newly politicised young people were taken aback when results did not match expectations and loudly complained about electoral rigging. But there is no indication that there was any nation-wide systematic manipulation by the establishment of the sort that has happened regularly in past elections. Small-scale local rigging did take place (and possibly some late-night administrative shenanigans did take place in Punjab once trends became clear) but compared to most past elections, this one was relatively clean in Punjab. Since most PTI voters were not involved in past elections, they don’t have any benchmark with which to compare this election and remain convinced that they were robbed. But given the fact that PMLN has probably won fair and square on most seats and even PTI enthusiasts have little concrete proof of extensive rigging, these protests will fade soon in Punjab.

The same cannot be said of Karachi; there, the MQM has been accused of extensive ballot-stuffing and other irregularities. While PTI did not make any serious campaign effort in the MQM strongholds, they did put up a strong campaign in NA250, where a lot of the super-elite lives. When the election commission failed to conduct a fair election even in that seat the PTI broke a longstanding Karachi taboo and openly protested against the MQM. MQM chief Altaf Hussain made a threatening speech from London in response and on Saturday a prominent member of the PTI women’s wing was shot dead in an apparent target killing.

While no one has claimed responsibility and the police (as usual) have no leads, Imran Khan made the unusual move of publicly holding Altaf Hussain responsible for this murder. The resulting confrontation between the PTI and the MQM has raised the hopes of all those in the country who think the MQM needs to be cut down to size and its mafia-like hold on Karachi has to be defanged. But that may be easier said than done. More on this later. .

In terms of government formation, the post-election landscape seems more or less clear. PMLN will form governments in Punjab and at the centre. PTI will form an Islamist-leaning coalition in KP and will get a chance to show what their promises of radical change mean in practice. There will be a weak coalition of doubtful legitimacy in Balochistan, where the army will continue to call the shots. In Sindh, the PPP will form the government and most likely will take MQM along for the sake of peace. But what happens after that? A few guesses from a distant observer:

All in all, the elections are a step forward. People voted in large numbers, proving once again that the Taliban propaganda against this “heathen system of government” is not getting much traction. The Zardari regime, for all its faults, managed to get Pakistan to this point and deserves appreciation for this achievement. The rigging allegations and various administrative irregularities have dented the image of this election but a more energetic and forceful elections commissioner next time can repair credibility in the heartland without a big problem. Miracles of various sizes (see above) may be needed in Karachi and Balochistan. Miracles will also be needed to bring the war with the Taliban and the war with India to simultaneous closure. If the PMLN can deliver a more capable regime and restore the economy (doable) and some of the miracles happen, we may be in a much happier place by 2018. If not, we may still hope for more of the same. The one thing we cannot afford is a revolution (Islamic,PTI-Paknationalist o r Marxist-Leninist... the last is not on the cards but comrades are still around and appreciate the plug). We dodged a bullet this time and with luck we may get away next time as well.