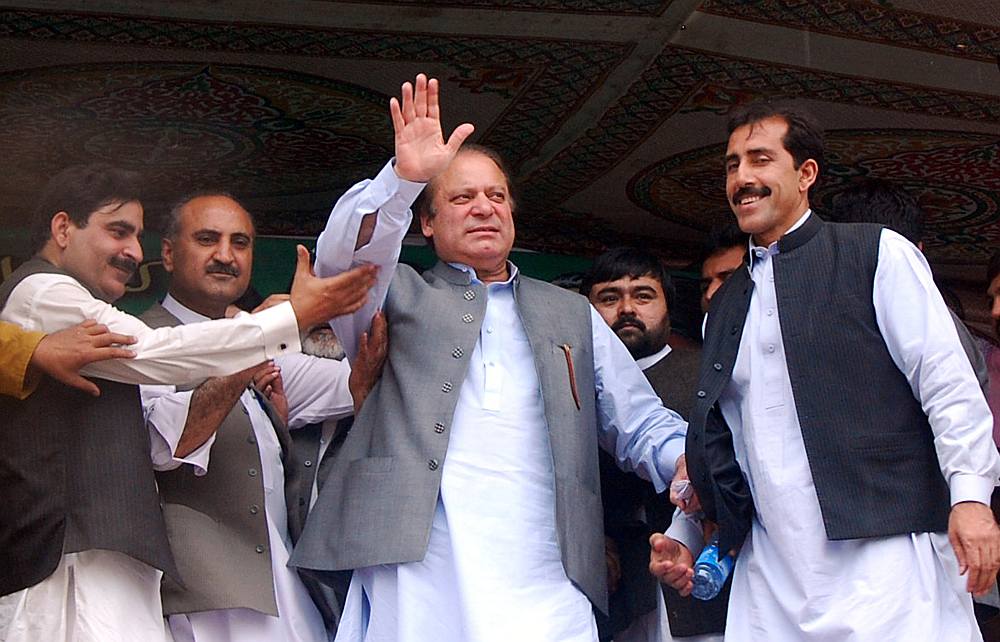 These may change a little, but not by much.

My first thoughts: Alhamdolillah, the common people of Punjab (especially rural Punjab) have successfully stopped the PTI tsunami from overrunning the country. I am not a huge PMLN fan, but I do think Mian sahib is a calmer, more pragmatic and more mature person than Imran Khan and his team of over-enthusiastic Paknationalist middle class revolutionaries. And with Choudhry Nisar losing, the PMLN team may even improve a little bit. PPP has been routed all over Punjab. Left revolutionary brothers had no dog in this race, so they will not be upset at this comment (I hope). Right revolutionary brothers should try again next time. With the bourgeoisie, its always better to stay near the center and not try for too much change…it doesn't suit our class.

1. PMLN got a scare in the big cities of Rawalpindi, Islamabad and Lahore. The middle class enthusiasm for Imran Khan was a sight to behold and has never been seen before (and will probably never be seen again if the system matures). But their hold in Punjab bent and did not break. PMLN will likely continue to mature into a powerful and deeply rooted political party in Punjab. Unless PPP does some real work and turns things around, Punjab could head towards becoming a PTI versus PMLN province with Islamist spoilers. Interestingly PTI may end up to the right of PMLN on Paknationalism (India and terrrorism) and to its West on middle class optics. But who will be on the left? PPP’s space may be empty for new parties if PPP does not recover.

2. ANP got badly mauled in KPK. KPK faced much more violence from the Taliban than other provinces and unfortunately the govt does not seem to have delivered as much development as PMLN managed in Punjab (ANP also had a worse reputation for corruption, I have no idea if thats true or not). People were looking for an alternative which is perhaps understandable (though i am personally saddened by this result and salute the courage of the ANP). Imran Khan promised them peace, Islam, AND corruption-free development…he cannot deliver the first (Talibs were not going to stop shooting and blowing up people for his sake and America is not going to stop its wars just to please him either). And he will have a hard time with the the rest as well; unless he gets a good team to come and work there without his own bright ideas coming in the way. Even if he finds such a miraculous team, it may be hard to achieve much without peace. Anyway, It will be a good experiment for the rest of the country to see…We can all see what Khan sahib can achieve in KP if he does form a govt there. I am sure PTI middle class revolutionaries will find this limited opportunity hard to swallow, but it will be good for them. Those who remain interested in politics will learn a thing or two.

MQM's gansgsterism in Karachi and Hyderabad may indicate that they are not really confident of their own vote-bank (or that non-mohajir voters are far more numerous than they are willing to accept). That situation will come to a head some day. For now, they continue to own urban Sindh.

Update: friends from Karachi have protested against the above sentences. I don't want to change it now, except to add that there is no doubt about real support for MQM in Karachi, but there is also another aspect to their organization…which is not unique to MQM and not JUST due to MQM..a large ungoverned city and a corrupt security establishment is not a good combination and can be a tough place to live in. Still, the problem of changing its reputation is one MQM will have to solve…

PPP has survived in interior Sindh, but this is probably the last time for them unless they improve their performance. Otherwise they will lose ground to Sindhi nationalists and Islamists in Sindh. The rising middle class is not going to remain loyal to them unless they start to deliver.

Balochistan is well and truly out of this mainstream. And barring a miracle by Nawaz Sharif, will get worse.

The Taliban (once again) lost, decisively. People participated enthusiastically in elections and are not buying the “infidel system” crap put out by the Taliban and their Islamist and Hard-Paknationalist friends (Ahmed Qureshi types). The various kinds of Islamist and paknationalist confusion prevalent in Pakistan are going to remain a headache, but real life in a country of 200 million people cannot live on some imaginary planet parallel to planet earth. Some of these problems are deep rooted (rooted all the way down to the founding myths of the country) and will take decades to solve, but this was another good step forward. It will help to psychologically stabilize the system.

Finally, even as we criticize his leadership and his handling of his once great party, we should all thank President Asif Ali Zardari, without whose pragmatism and coalition building skills (and patience and tolerance) this democratic transition would not have been possible.