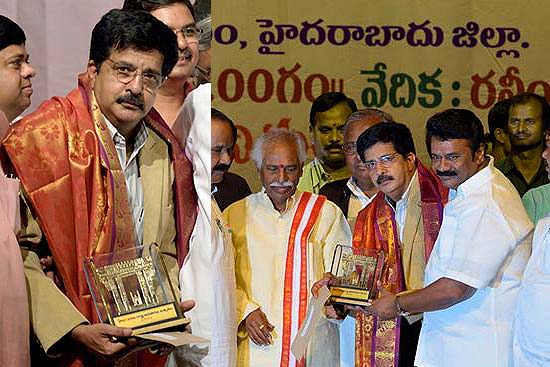 Reputed photojournalist P. Anil Kumar, a regular contributor to Outlook and various other publications, has been awarded by the Telangana government for outstanding achievements in his field.

The government felicitated him with a memento and a cash award of Rs 10,116 on the occasion of the first anniversary of the state's formation.

Apart from Outlook, Kumar's photos have been covered by more than 25 overseas news agencies and media houses including AP, AFP, Reuters and New York Times. National agencies like PTI and publications such as Hindustan Times, Times of India, ABP Group and Malayalam Manorama Group have also featured his work.