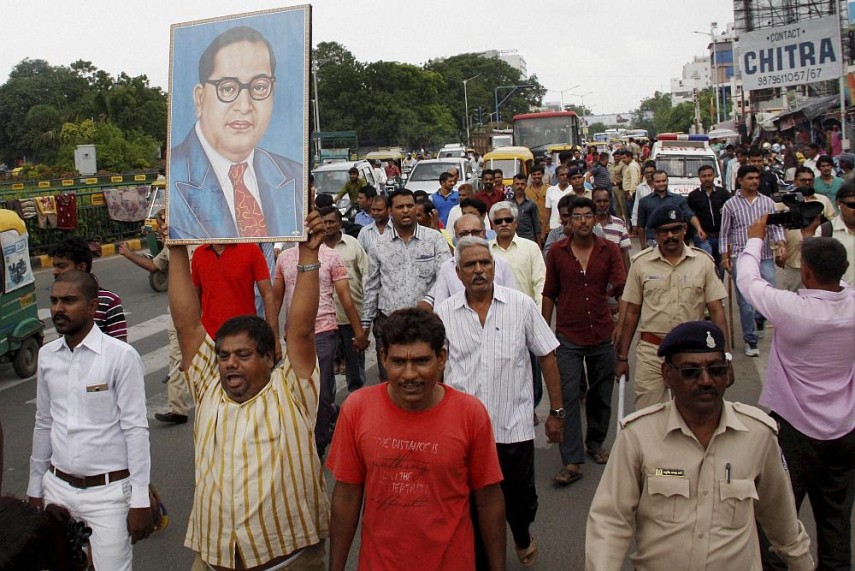 If we are not considered as one of them, why should we follow that religion?” asked Dipanshu Parish, a 23-year-old from Ahmedabad, who was one of the 140 Dalits who embraced Buddhism in Gujarat on the auspicious day of Dussehra.
According to a report in The Indian Express, over 200 Dalits converted to Buddhism at three programmes in Gujarat on October 11 citing the blatant discrimination, inequality that came to the fore after the Una flogging incident.
The programmes were organised in Kalol of Gandhinagar district, Danilimda area of Ahmedabad city and Wadhwan town of Surendranagar district. The Kalol event was organised by Buddhist Society of India while the Danilimda event was held under the aegis of Gujarat Buddhist Academy. In Wadhwan, the programme was organised at a private Bauddh Vihar.
The converts, talking to The Indian Express, cited various issues such as superstition, inequality and caste-based discrimination in Hinduism, as well as the influence of Dr B R Ambedkar, but most of them cited the Una episode — in which seven Dalits were flogged by alleged gau rakshaks for skinning a dead cow in July.
Read also: Rohith's Family Embraces Buddhism, Want 'Azadi' From Caste System
Earlier this year in April, Radhika Vemula, Dalit scholar Rohith Vemula's mother along with her sons converted to Buddhism.