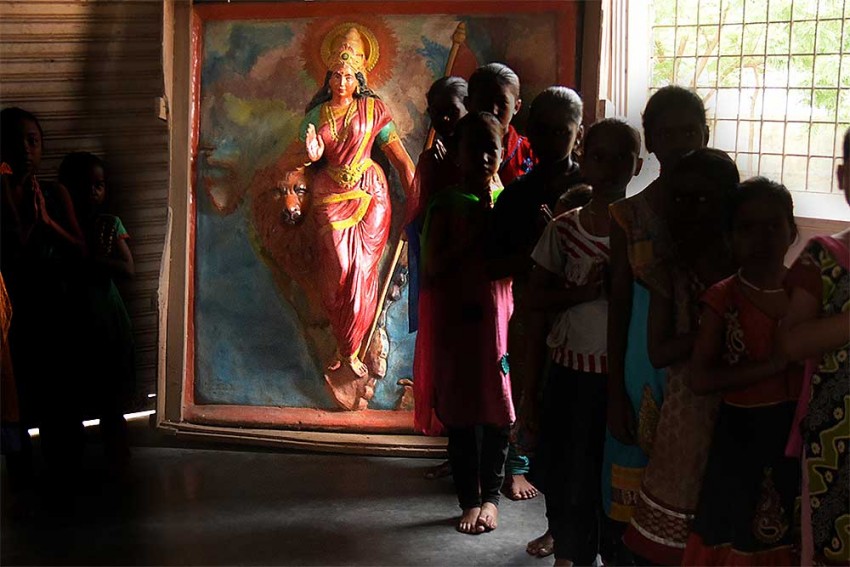 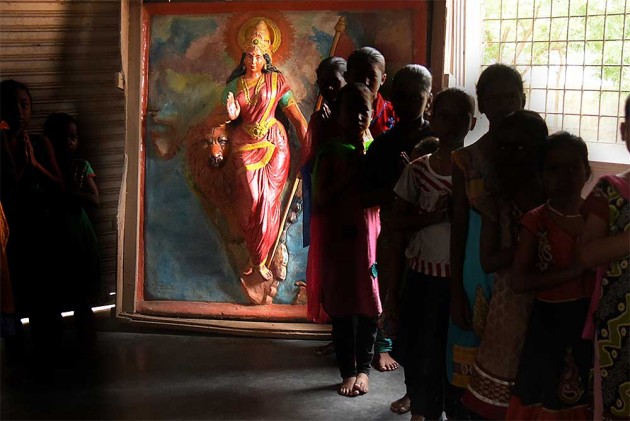 Many readers expressed shock and indignation over the Hinduisation of trafficked tribal girls from Assam by RSS affiliates as reported exclusively in the latest Outlook issue. The story went viral on Twitter and Facebook after it was broken.

The cover story was on the Rashtra Sevika Samiti and other outfits affiliated to the RSS which pick up girls as young as 4 and indoctrinate them into their version of Hindutva Hinduism.

The parents of the girls, who are very poor, have not spoken to their children for a year and don’t have any chance of speaking to them over the next 2 or 3 years, according to the woman RSS worker who took the girls.

Here are tweets in reaction to the story:

Y isn't so called "Media" talking about #BetiUthao project or is it something "The Nation doesn't want to know".?

Brinda Karat:Arrest all those involved in Sangh Parivar racket of abduction of young Hindu girls in Assam. #BabyLift pic.twitter.com/3rEKqkqvlx

RSS designs #BetiChurao so the Prime Minister can lecture us on #BetiBachao ? superb break by @Outlookindia pic.twitter.com/y2Zuvz7hnt

story of th year is here.

In @Outlookindia , @nehadixit123 blows the lid off the Sanghis' mendacious mission to stop trafficking of women https://t.co/nUJteB14Xh

A MUST LISTEN of the RSS Child Trafficking Racket in Assam, Gujarat and Punjab by @nehadixit123 and @Outlookindia https://t.co/3bqIlDZrZP

.@Outlookindia What an absurd, inaccurate article on Hindus. Muslims/Christians routinely wipe out and oppress tribals, while Hindu respects

@nehadixit123 @Outlookindia what a heartbreaking story. deeply depressing and shocking

Incredible story in @Outlookindia by @nehadixit123 on trafficking of girls from North East India by Sangh bodies https://t.co/mB21DWrfPB

Religion is a madness. That's the only way I can make sense of what our world is going through @Outlookindia https://t.co/HAZHh2RItC