Oh No! Jagdish Bhagwati In Yet Another War Of Letters 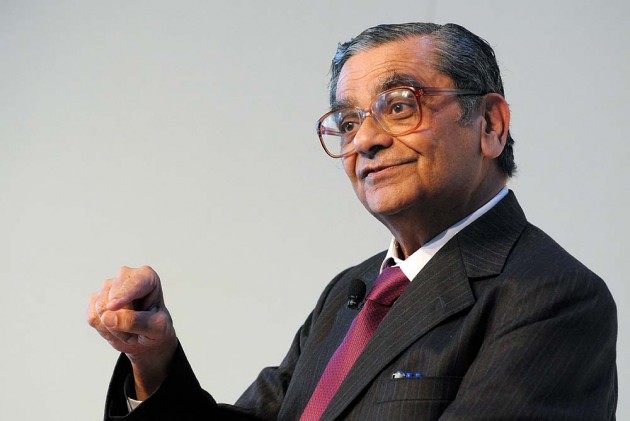 Eminent economist Jagdish Bhagwati has sparked off yet another exchange of letters (this time in the pages of the Financial Times). The irony is this latest battle is that Bhagwati — Professor of Economics and Law at Columbia University and an authority on globalization — is being accused of "committing an error (rare for him)" and being afflicted by a "socialist myopia".

These are strong reactions, indeed.

Writing on the issues of the Rohingyas of Myanmar, Bhagwati makes an argument that rich countries should fund the countries that are willing to take in the refugees.

In the present instance, Gambia is offering to take in the Myanmar refugees, and others in East Asia where the refugees seek to land may follow. In all these cases, it is only logical that prosperous and humane countries such as the US and Switzerland establish a fund to mitigate the financial cost of these nations' generosity. Arriving at such an international compact should now be of the highest priority.

To be fair, Bhagwati also goes on to argue that one cannot apply to same yardstick to refugees from Bangladesh.

That many of the poor are fleeing from poverty in Bangladesh ought to be a wake-up call for these populists, and a compelling argument for the pro-growth and hence poverty-reducing reforms in India in 1991 and the additional reforms now in store under the Modi government. The rich proponents of populism can, but the poor cannot, live on populist slogans.

On both counts, he faced stinging attacks. In a letter to, Christopher Ruane writes that this is

a tyrant's charter. To suggest that rich countries ought to underwrite such schemes purely because of their economic success is a form of socialist myopia.

Jagdish Bhagawati, whom I admire, has committed an error (rare for him) by viewing a complex refugee problem in black and white terms. Refugees, wet and hungry and barely reaching the shores, are not looking for cashier checks but a warm blanket and a cup of hot tea.

Of course, Professor Bhagwati is no stranger to tough positions, but there's no denying the renowned economist has been picking up many fights. After openly supporting Prime Minister Narendra Modi — also via a letter to the Economist — Bhagwati famously took on economist Amartya Sen on the growth-versus-development debate. He downplayed religious tensions in India. More recently, his protégé economist Arvind Panagriya — vice-chairman of the NITI Aayog — has been in the news for not having much of role in the new Modi government.

What's behind all the anger, Bhagwati Sa'ab?

Earlier, the late Vinod Mehta suggested Bhagwati was upset about not getting the Nobel Prize, while another economist of Indian origin Amartya Sen has received one.

"Although Bhagwati lobbies for it ferociously and although he considers himself to be a better economist than Sen, the folks who matter refuse to consider his petition. For this reason, Bhagwati and Sen avoid getting into the elevator together...

Finally, can I make a request to the judges in Stockholm? Please give Jagdish Bhagwati the Nobel prize and put him out of his misery. Without it, he is making a big nuisance of himself."