The more immediate source of tension in Calcutta currently is the possibility that the forty lakh people who were declared illegal by the neighbouring state could try to flee Assam and enter the city as refugees. 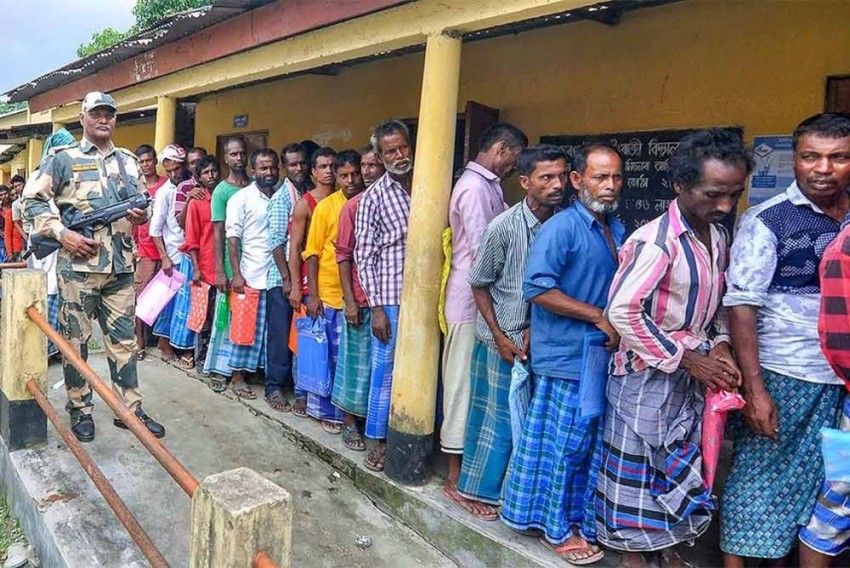 People wait in a queue to check their names on the final draft of the state's National Register of Citizens after it was released, at an NRC Seva Kendra, in Morigaon.
PTI photo
Dola Mitra July 31, 2018 00:00 IST NRC Fallout: Sleepless Nights For Calcutta Now? 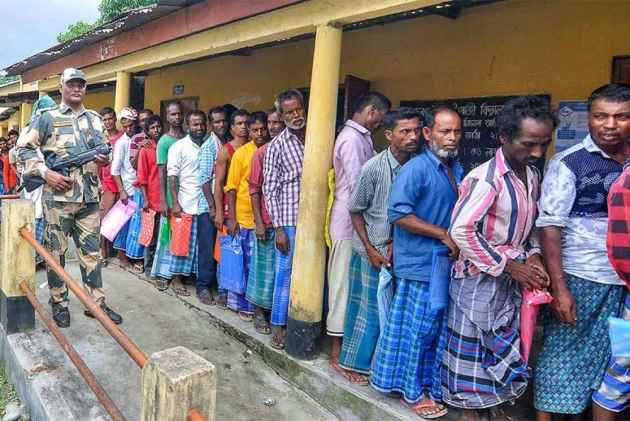 After Assam, it is now the turn of the citizens of Bengal or “Bangla” as it were, to spend sleepless nights.

Now, though there is talk that NRC will be started in Bangla too, at the moment, this is not what the state is that much worried about.

The more immediate source of tension in Calcutta currently is the possibility that the forty lakh people who were declared illegal by the neighbouring state could try to flee Assam and enter the city as refugees.

A massive political and humanitarian crisis could be brewing in the horizon, more specifically at the borders of the two states of Assam and Bangla. And in spite of West Bengal chief minister Mamata Banerjee’s image as a state leader who is “compassionate” (true to her name) and therefore often lenient in terms of providing relief to those facing humanitarian crisis such as that of the Rohingyas, she has had her police’s intelligence cell station sentry at the borders and strategic locations to prevent an influx.

“The country is about to witness a huge crisis,” says Tarun Ganguly, Bengal political expert, adding “and the state of Bengal will bear the brunt of it because the evictees are mostly Bengali-speaking people not to mention the fact that it shares a border with Assam.”

“Forty lakh is a huge number,” points out Ganguly. “Though the government of Assam has finalized the names of the alleged ‘illegal immigrants’, it has not initiated either any process of repatriation of these people nor is there any relief programme in place. Where do these people go now? Where will they stay? What will they eat? Where will their children go to school? What about medical facilities? They suddenly find themselves devoid of the very basics in life. They find themselves uprooted. Unless the government can provide them with alternative shelters and livelihoods, this is going to have seriously adverse repercussion.”

Indeed, Calcutta fears that violent clashes can erupt in the city streets if there are countless people, whose basic necessities were snatched away, try to snatch it back from wherever they can.

“We are gearing up to tackle an increase in crime,” a police officer told Outlook on condition of anonymity. “While it is difficult to say exactly which form  the violence will take if it does take place that is, possible influx of so many people could result in law and order situation and a surge of crime.”

The Bangla government has launched a scathing attack on the BJP, the Centre and the Assam government for what it has referred to as not only an insensitive but inefficient project. “If you want to chase out the illegal immigrants from India you have to follow a method of identification that is fool proof and end it with a system that will ensure repatriation,” said a Trinamool source. “Many factors have to be taken into consideration including bi-lateral  talks. You cannot just declare forty lakh people disqualified who have been living in their lands for so many years, earning their living there too without proper alternatives in place. If you do, you will create a crisis.”

Mamata’s MPs have been protesting in Parliament. National politicians too have been debating on why the implementation of the NRC has been too rushed or too impractical.

Therefore in Calcutta, which is the closest urban set up for those fleeing Assam, the sleepless nights have begun. Perhaps it is the only way for the state which has witnessed two major events of refugee influx – the first during Partition in 1947 and later during the War of Liberation in 1971 – to avoid the thoughts of approaching nightmares.

In J&K, Everyone Wants To Have A 'Cup Of Poison' With BJP