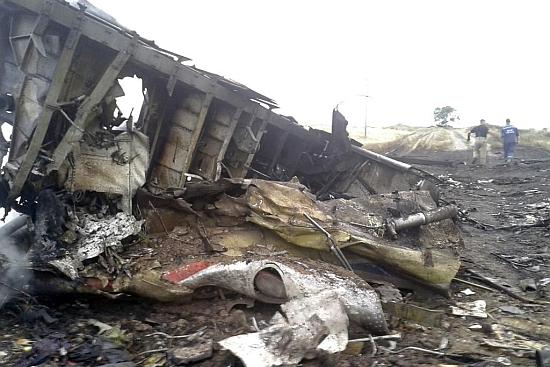 A Malaysian airliner with 295 people on board has crashed in Ukraine, amid allegations that it was shot down.

MH 17 was enroute to Kuala Lumpur from Amsterdam .

Social media, particularly Twitter, is abuzz with conflicting reports, but what is clear is that dozens of bodies were scattered around what is believed to be the wreckage of the jet near the village of Grabovo. Follow the latest in the filtered tweets, storified by us.

The following video too was posted online

Flight MH17 had been due to enter Russian airspace when contact was lost.

Russian separatists are believed to have shot down two Ukrainian military planes over the region in recent days..