Myntra Says It Wasn't Us But #BoycottMyntra Trends 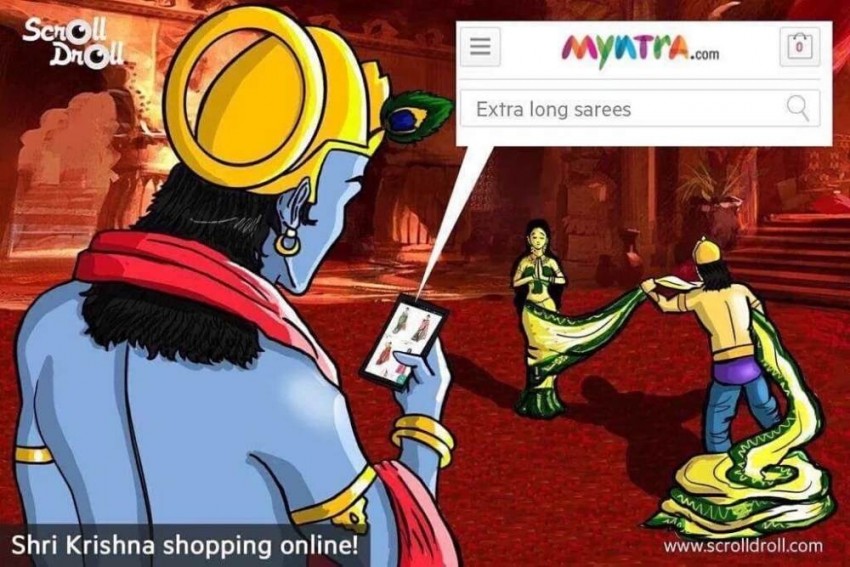 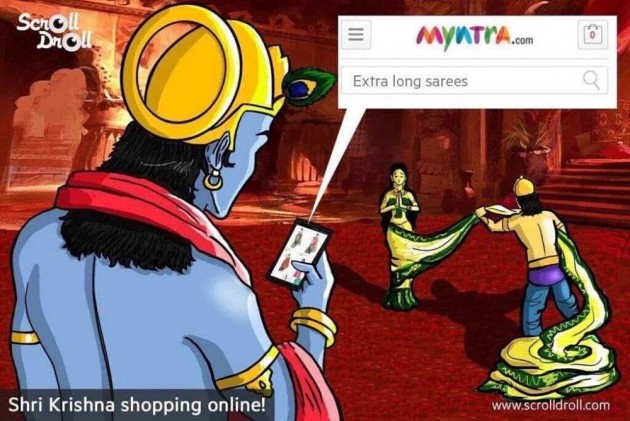 It was in the wee hours on August 26 that the popular e-commerce portal Myntra started trending on Twitter but for all the bad reasons. Scroll Droll shared a graphic advertisement featuring the famous Draupadi 'cheer-haran' scene from the Mahabharata. It turns out, instead of tapping the target audience, the trick backfired.

Myntra took to Twitter to clarify that they did not create the ad.

We did not create this artwork nor do we endorse this. https://t.co/EWyWUEsky5

Myntra also released a statement: "This creative ad was done and posted by a third party (ScrollDroll) without our knowledge or approval. They have already pulled down the illustration and apologized publicly for the same. Myntra does not endorse it. We will be pursuing legal action against them for using our brand. "

The ad shows Draupadi being disrobed by Dussasana in an assembly full of men. To save herself from the indignation, she prays to Krishna, who in turn makes her saree infintely long so that Dussasana is not able to take it off. And how does Krishna do that? Well, he has a Myntra app on his phone! Simple. 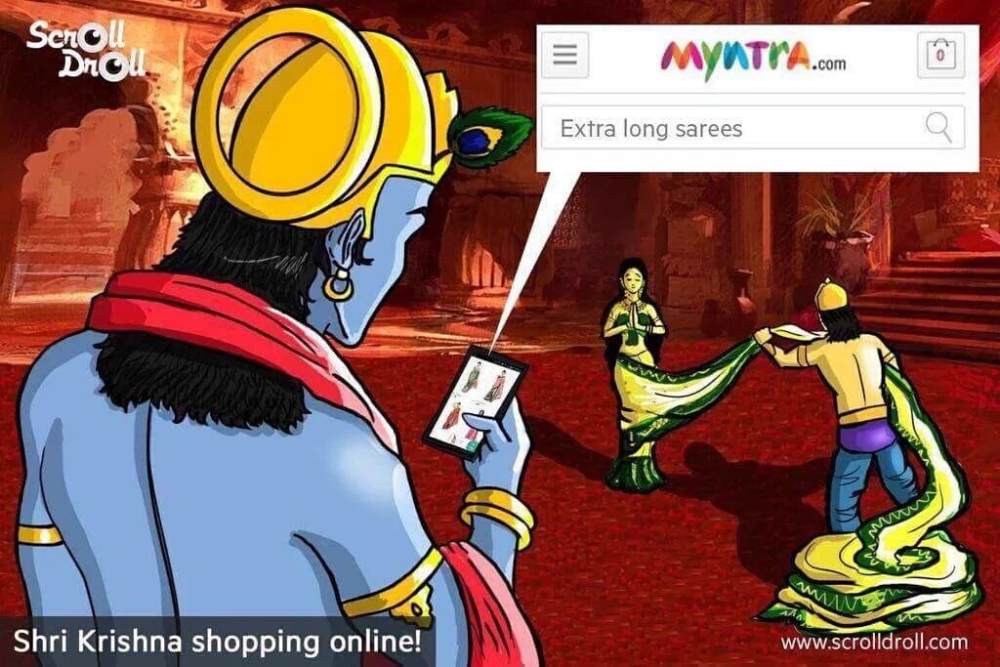 Scroll Droll, the digital marketing company responsible for the graphic, shows Krishna searching for 'extra long sarees' on their portal, implying the vast variety of their products.

Soon after the it was shared, Scroll Droll apologised on Twitter and said Myntra had no role in it.

This poster was created by us in Feb. We removed it immediately as we never intended to hurt sentiments (1/2) https://t.co/2mYwpaWZhg

We take up the responsibility of this artwork. Myntra is nowhere associated with it directly or indirectly. (2/2) https://t.co/2mYwpaWZhg

We apologize and deeply regret if any of our artwork has hurt the sentiments of anyone.

But when has twitterati ever spared anyone?

U don't own my religion.
Hindus too have sentiments.
y dont U use prophet cartoon??

Mock Hindus, get away with. Boycott.

Mock prophet & get away with beheadings. :).

"Can you dare to make such creative on any other religion" really doesn't prove that you are tolerant. Aur #BoycottMyntra to hadd ho hogayi.

Only playing into the hands of those trying to prove India is intolerant.My take on hashtags like #BoycottMyntra etc pic.twitter.com/kPbN4aho0h

Only playing into the hands of those trying to prove India is intolerant.My take on hashtags like #BoycottMyntra etc pic.twitter.com/kPbN4aho0h