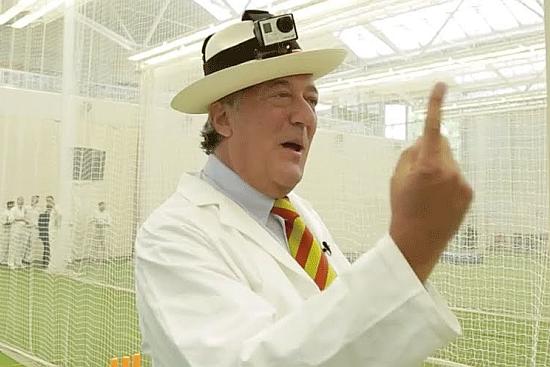 It seems there is almost nothing that British comedian and writer Stepehen Fry can't do.

With the on-going legendary Ashes series between arch-rivals England and Australia in Britain, Fry decided to test his umpiring skills and against whom!

Fry's opponent was none other than Hawk-Eye, a complex computer system used officially in numerous sporting events to visually track the trajectory of the ball.

Take a look at what happened in this man versus machine episode.