More Questions For The Gandhis 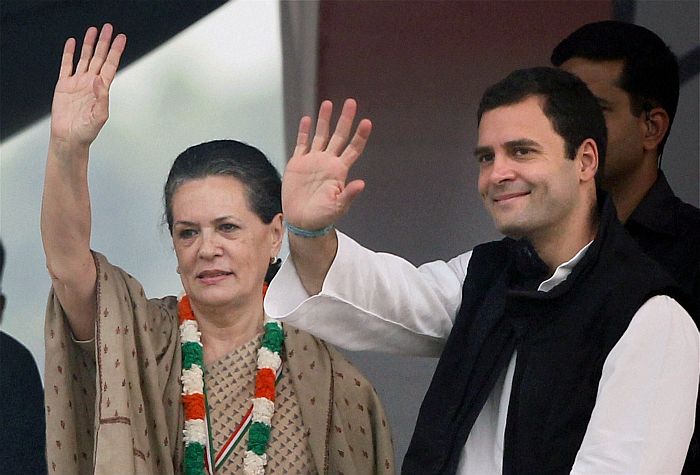 The All India Congress Committee (AICC) has, in effect, paid Rs 89.5 crore to Young Indian, a Section 25 company (meaning a not-for-profit one) controlled by party president Sonia Gandhi and her son, party general secretary Rahul Gandhi.

From the notes of accounts, it appears this sum has effectively given the mother-son duo control over real estate assets running into several hundred crores of rupees.

Sonia and Rahul own 38 per cent each in Young Indian; party seniors Motilal Vora and Oscar Fernandes own 12 per cent each.

The notes to accounts for the year ended March 31, 2012, filed by Young Indian auditor Pradeep Shah and signed by directors Suman Dubey and Motilal Vora this April, give some clues on the actual structure of the transaction. “In pursuit of its objects, the company has acquired loan owed of Rs 90,21,68,980 by the Associated Journals, presently engaged in achieving a recast of its activities so as to have its main object congruent to the main object of the company, for a consideration of Rs 50 lakh,” the note said.

Thus, this transaction effectively has the effect of cleaning up the books of The Associated Journals (publishers of the now defunct National Herald daily, founded by Jawaharlal Nehru), wherein the entire liability is taken over by Young Indian.

The newspaper goes on to explain the various ramifications of the transaction, raising a number of questions prompting R. Jagannathan of the First Post to ask further, inter alia:

Why is Young Indian, which now effectively owns Associated Journals, not able to say what the real value of the assets acquired in the process is? The answer really lies here: if Associated Journals owns assets that are greater than Rs 90 crore, then the Congress essentially gifted Sonia and Rahul free ownership of assets in excess of Rs 90 crore – even if it is held in a non-profit company.

If, as Swamy alleges, the assets are valued at Rs 1,600 crore, then the nature of the impropriety is extraordinary. Nobody, even a non-profit, can acquire property worth several hundred crores with Rs 90 crore loans from a political party without explaining the reason for the same.

Associated Journals was set up at the initiative of Jawaharlal Nehru on November 19, 1937 (birthday of his daughter Indira) under the Indian Companies Act, 1913. It had a capital of Rs 5 lakh divided into 2000 Preference Shares of Rs 100 each carrying a fixed but non-cumulative dividend of five per cent per annum and 30,000 ordinary shares of Rs 10 each.

The Memorandum of Association announced its objective, “To establish and to carry on in the United Provinces and elsewhere the business of news agency, newspaper and magazine proprietors, printers and publishers and all similar and incidental trades thereof and in this connection to do all such things as may appear to the Directors to be in the interests of the Company” [3 (a)].

That this venture was intended to be commercially viable is stated in article 3 (d) that the company may carry on any other business “which may seem to the company capable to being carried on in connection with the above or calculated directly or indirectly to enhance the value or render profitable any of the company’s property or rights”....