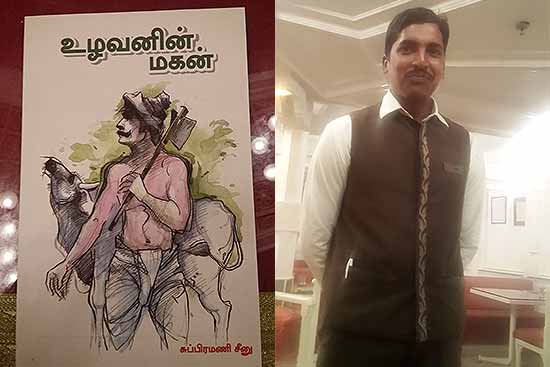 I met Seenu at Savera, a 3.5 star hotel in Chennai. He was not ?only ?serving me some delightful food but kept an eye on my table from the corner of his eye. He serves at the hotel by the day and does his MBA in hospitality by the night. His earnings are just about enough for him to live life.

Seenu wasn't intrusive but was around every time I needed him. And as I started talking to him, I grew more interested in his thoughts, his career and his life. He is from Arakkonam in rural Tamil Nadu. He moved to Chennai in search of a career. Seenu is a farmer?'s son.?

But his love for agriculture hasn't diminished. He sounded angry at the way agriculture has been ignored and our farmers ditched by an ungrateful nation. He feels that the green revolution is the biggest war India had ever won. He says he would have loved to continue being a farmer had the circumstances for agriculture remained what they were - rains, water, markets, fertilisers, crop protection, remunerative price etc.

?Seenu blames the callous attitude of successive governments. He thinks that the resolve of farmers to continue pursuing agriculture is put to test by all of us. The farmer of today is ignored, discouraged, unwanted and left to fend for himself against uncertain nature and unsympathetic market economy.

And then he presented me with a book he has authored - 'Uzhavanin Magan' meaning 'Farmer?'?s Son'. It is in Tamil and unfortunately I can't read it. But the title, the illustration and his anger communicated with me. It is his story of how he was forced to give up farming and move to the city in search of a livelihood. It is the story of India, our agriculture, farmers, governments. It is the story of ignorance, callousness and ungratefulness.

This book was released last week in Chennai. He spent his 6 months?'? salary to publish just 500 copies. It is his expression of anger. It is his way of goading an ungrateful nation. It is real. It is stark. Read it. And if you happen to be in Chennai, drop by at Malgudi Restaurant at Savera Hotel, Chennai to show your support. Maybe, after you speak with him, you will empathise with our farmers as much as a jingoistic nation does with our soldiers. Hopefully, Jai Jawan Jai Kisan will not just be a slogan.

I wish Seenu well. More importantly, I wish we can work on a clear policy for agriculture to ensure that millions of Seenu's continue to pursue agriculture as a commercially viable operation. Because, when we have nothing to eat, there is nothing to fight for.