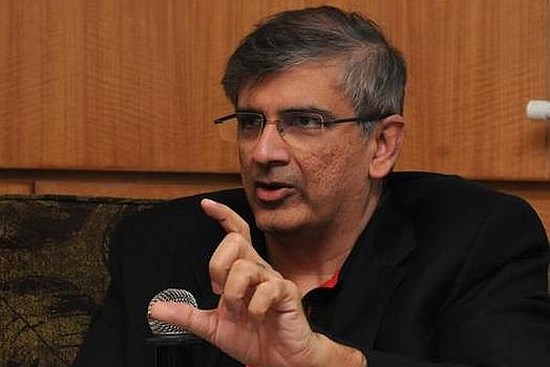 SpiceJet Chief Operating Officer Sanjiv Kapoor's exit from the airline was waiting to happen. Kapoor who was appointed by the Maran regime and was their blue-eyed boy. He played a leader's role, right from planning and strategy to being the official spokesperson, but saw his role diminish once the airline changed hands and Ajay Singh came into the scene.

Kapoor's exit cleans the slate for Ajay Singh to work with his own set of people to run the airline he now owns. Right from the time Singh re-entered SpiceJet there has been a series of exits. First then MD S Natrajhen left soon after Singh's arrival and in May, the airline's information technology chief Sudhakar Kondisetty parted ways. In June, Sandeep Verma who was heading the operations and was associated with SpiceJet since its inception in 2005 quit followed by V K Khosla who was head of flight safety. Later chief commercial officer Kaneshwaran Avili, who was brought in during Kapoor's tenure, also quit the airline.

Kapoor's case is different as he was one of the pillars of Spicejet under the Marans. It is clear that differences started since Singh came into the picture and Kapoor saw his role getting limited. From being the most important and happening man in the airline, he was only playing second fiddle in the last few months with almost no major decision making powers. That he would quit soon was a foregone conclusion.

In the last few months, the COO's role was rather limited as Ajay Singh, the co founder and the rechristened chairman and managing director and more importantly, the new owner of Spicejet, took over almost everything — from the planning and strategy to even being the airline's spokesperson and its public face. Even though Kapoor was representing Spicejet in overseas conferences and planned domestic campaigns, for all practical purposes, he was sidelined within the airline with limited role play as it was Singh who was the calling all the shots.

Kapoor will be remembered for many things in the airline including the flash sales which was masterminded by him; bringing in Kaneshwaran Avili from Tiger Airways, introducing large legroom seats like SpiceMax and other similar initiatives. His tenure will also be reminiscent of the bad times faced by the airline with Kalanithi Maran as the owner when the airline came within sniffing distance of being shut down and could not pay staff salaries. Some of Kapoor's strategies are still being followed by Spicejet — the flash sale being the most prominent one as the airline has announced one recently as well.

Kapoor is now headed for Vistara, another troubled airline which, as a new full service carrier, has found it difficult to fill its seats in competition to the likes of Indigo which is far cheaper and has the people's preference. Kapoor saw SpiceJet sink and re-emerge as a prominent player under Singh, an experience he will carry on to Vistara.

Will SpiceJet miss Kapoor? It probably will although Singh's charisma has resulted in two consecutive quarters of profit for the airline, it was Kapoor's aggressiveness and people oriented strategies that made SpiceJet a true low cost people's airline. Ajay Singh would do better to keep those instincts alive.

Check out our story on SpiceJet earlier this year.