Major Brouhaha Over Coldplay's 'Made In India' Video 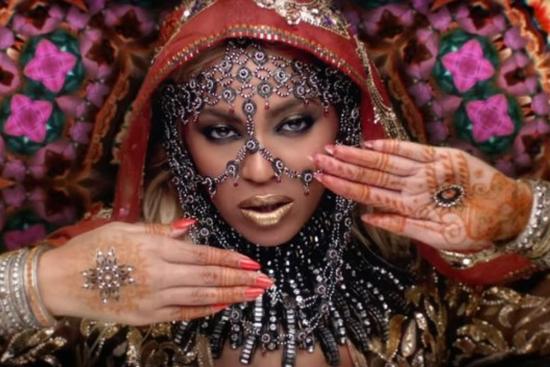 Coldplay has a massive fan following in India. But their latest video "Hymn For The Weekend" which was shot in India with an intention to celebrate its vibrant and mystic hues has created a major furore for projecting a very 'stereotypical' image of the country and 'cultural appropriation'.

The video has been shot in the streets of Mumbai and other parts of India with its theme is anchored around the festival Holi. It is a collaborative effort with pop sensation Beyonce who has henna on her hands and is dressed in Indian ethnic clothes and jewellery. It also features Sonam Kapoor who appears for like three shots.(a rather short period considering the fact that she wants to narrate it to her grandkids).

i dont even know what to say about this coldplay video except can white rock bands please stop filming holi videos in india, thank you.

when Kylie wears a bindi its appropriation but when Beyoncé is in full blown desi attire its appreciation??? ok

While all this bashing went on, there were also those who asked the agitated junta to calm down saying that it was no big deal.

Really offended by Coldplay's video.
It's completely offensive to my culture.
Of being a person whose culture is to get offended.

The most Indian thing about the Coldplay video is the reaction.

Ok people. Really. This #appropriation and Beyoncé and Coldplay is all a bit too "I've learnt a new word" for me. #GetReal #WeWearTrousers

The Coldplay music video wasn’t supposed to be an advertisement for Indian tourism. Stop acting like it was.

Did you just say playing Holi is a cliche? Why do we then make such a big deal of it every year in March? We rub each other’s faces with colours, dance on the streets every year. And yes, slum kids do it too. So are you not trying to snub their existence after all by not wanting to see them in movies, music and videos about India?
...Yes, it does show people from the slums, but they are having so much fun. They all look so happy dancing on the streets, skinny dipping in a pond and triple riding a bike. It is shot so beautifully that your heart would only want to enjoy and appreciate the colours of the country.

A piece by Nishita Jha in the Wire says:

When Indian characters travel or live abroad in Hindi cinema, they too reduce entire countries to a set of cultural clichés: Spain is a flamenco dance off, a bull run and the tomatina festival. If we routinely stereotype every place that’s not an Indian city, and every person that’s not a North Indian Punjabi, why can’t Coldplay’s “tribute video” do the same?

There is one other thing though and no one seems to have noticed it. What kind of a name is "hymn for the weekend"? And if you have managed to actually hear the song above all this noise, what kind of bizarre lyrics are "Put your wings on me....?" That's not even gramatically kosher. Oh, the kind of things we accept in the name of poetic licence!