'Mahendra Karma Is Dead. And I Am Here To Write Ill Of Him' 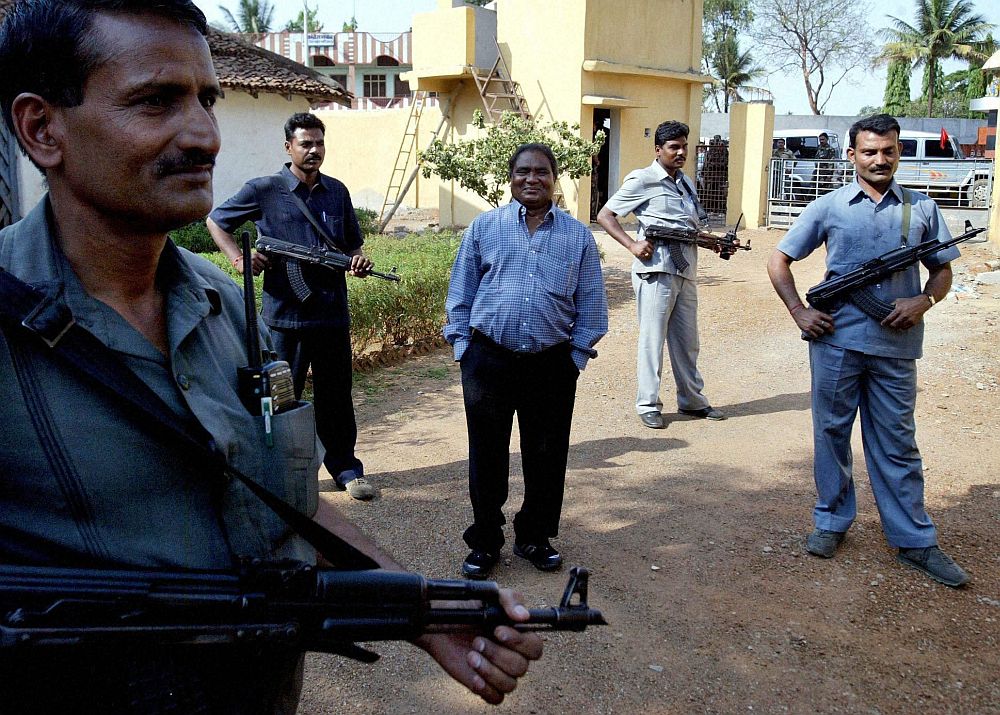 Himanshu Kumar in Tehelka: Two roads parted in the woods:

Mahendra Karma’s killing today has revived my memories of the time I had spent with him. His ambition and his fears had forced him to get caught in a trap that Raman Singh had laid for him. In 2005 the police had been closing in on him over his alleged role in an illegal sale of teak wood from the forests. He had faced imminent arrest. It was to escape that and the subsequent ignominy that he gave in to Raman Singh’s demand that he head the Salwa Judum. I may or may not have agreed with whatever Mahendra Karma did, but I must concede that he always impressed me with his intelligence and courage.

Read the full piece at Tehelka: Two roads parted in the woods:

Suvojit Bagchi in the Hindu: The rise and fall of Mahendra Karma – the Bastar Tiger:

Mahendra Karma came from an affluent family of Bastar. His father was the ‘Bada Manjhi,’ or the one who is the head of the heads of several villages. Being a landowner, Mr. Karma’s natural choice would have been Congress, but he chose the Communist Party of India which had an important presence in the region. “He was a committed student leader and later went to the Assembly. His performance inside the House was outstanding. He was twice our MLA,” said veteran CPI leader Chhitaranjan Bakshi.

But Mr. Karma changed teams after initial defeats. His cousin Lakhsman Karma, also a Congress leader, told him “to join Congress, to make it big.” Mr. Karma indeed wanted to make it big, so big that people would recognise him in Bastar, in Delhi and perhaps even in Hungary. “I went to Hungary once, it’s a lovely country,” Mr. Karma said once, with his usual, affable smile.

Read the full piece in the Hindu: The rise and fall of Mahendra Karma – the Bastar Tiger

For long, Karma often resembled a wolf that preyed on the tribals of southern Chhattisgarh, many from his own tribe, says Sudeep Chakravarti in the Mint: Mahendra Karma and his cynical form of vigilantism:

This may be construed as indelicate in the aftermath of the savage Maoist attack on 25 May in southern Chhattisgarh that left him and several others dead—unlike Karma, many innocent of human rights wrongdoing. But it certainly is not an act of hypocrisy. Karma wasn’t exactly a man of probity. For long, the Congress party’s point man in Bastar, sometimes called “Bastar Tiger”, Karma often resembled a wolf that preyed on the tribals of southern Chhattisgarh, many of them from his own tribe, with utter disregard for their livelihood and lives. While I abhor violence, including the revenge hit by Maoists that finally claimed Karma at 62, his death should not be used to whitewash his crimes against humanity.

Read the full piece at the Mint: Mahendra Karma and his cynical form of vigilantism

Not 'Fighter Planes Or Massed Battalions'