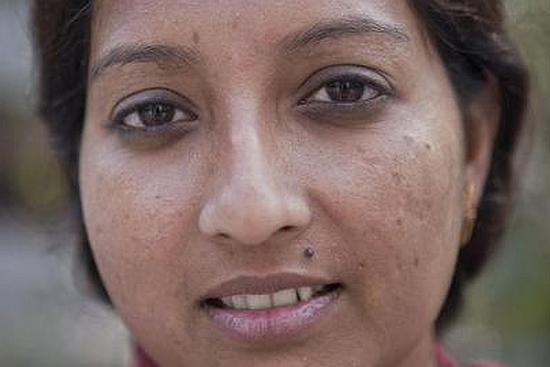 On Jan 11, PTI reported that a  Greenpeace India activist, Priya Pillai, was stopped from boarding a flight at Delhi airport to London, where she was scheduled to address British Parliamentarians on the 'infringement of rights of forest communities'.

On Jan 12, Pillai shot off a letter to the Home Ministry seeking an explanation for forbidding her from leaving the country.

However, when asked to comment on the issue, Union Home Secretary Anil Goswami told reporters, "I have no idea (about the incident). Let me get a report... I shall seek a report."

An editorial on the incident in the Mint said:

"The substantial point is, should a government curb such freedom when a person plans to travel abroad and campaign against the country’s economic security? For example, activism against thermal and nuclear power plants that can imperil energy security of the Indian people? The answer is not clear-cut.

Denial of liberty may sound atrocious but endangering of economic security is a far worse proposition."

By this logic, a Mint reporter could be stopped from leaving India for writing on the negative effects of coal power: http://t.co/mYC88xxGhr

Shocking 'Mint' edit says denial of liberty OK to protect 'eco security'. So let's get IB to vet all oped pages too. http://t.co/LBkdxZrrM4

Oh, Mint, how little we knew ye http://t.co/tMdQuE620z via @pranesh_prakash

The Indian Express, in its Jan 14 editorial, says:

"A nation which wants to project itself as a serious power should have the confidence to tolerate dissent and deal with bad publicity...It should remember that if Bangladesh embarrasses India with better development indices, some of the credit goes to its flourishing NGO sector, which complements services delivered by government. The social sector should be seen as a partner in the process of development, not a political adversary paid in dollars to lobby for alien agendas and foment dissatisfaction in the countryside. Lobbying and activism are legitimate acts. The government’s response should be to negotiate. The puerile alternative of offloading inconvenient people mars the image of confident maturity that India is trying to project."

Another report in the Indian Express dated Jan 22 says:

"Days after Greenpeace activist Priya Pillai was offloaded from a flight to London at the IGI airport in Delhi, it has emerged that the Intelligence Bureau (IB) used the "etc" category in an internal order of the Ministry of Home Affairs (MHA) to issue the lookout circular that stopped her from flying out. This was done as there was no criminal case against Pillai, officials said."

"We, the undersigned, unequivocally condemn the ‘offloading’ of environmental activist Priya Pillai, associated with Greenpeace India, at the Delhi airport on 11th January 2015...It then appears that the decision was made solely by intelligence agencies on basis of ‘national interest’. Rather than an isolated case, it seems that the NDA Government and intelligence agencies are making a habit of preventing activists from travelling abroad for meetings."