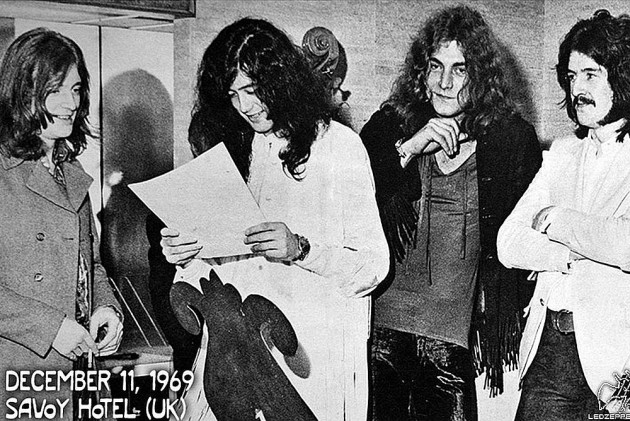 Led Zeppelin, the legendary English rock band will end its yearlong reissue campaign next month in July when they put out deluxe editions of their final three studio albums.

The group will unveil previously unheard tracks recorded with Indian musicians during a visit more than four decades ago.

The two tracks - reworked versions of their songs Friends and Four Sticks - are among the songs contained in the band's reissues of three studio albums.

The reissue of their album Coda will contain the two songs. The other two albums are Presence and In Through The Out Door.

The band's website said that singer Robert Plant and guitarist Jimmy Page "took a fabled trip to India to perform with the Bombay Orchestra and now, for the first time, recordings from these sessions will be officially released with dynamic takes on 'Friends and Four Hands (Four Sticks from Led Zeppelin IV album)".

Band members visited India a number of time during 1971-72 during their tours in Asia and "during one of those trips Plant and Page participated in a session with a group of veteran Bollywood session musicians that resulted in reworked versions of Friends and Four Sticks," according to Rezaul H Laskar in Hindustan Times newspaper.

"Led Zeppelin had not officially released any tracks from the Mumbai session till now though several bootlegs have emerged of the recording. In one bootleg, Page can be heard explaining bars and scales to [late Indian flautist] Vijay Raghav Rao, who gamely tries to convey his instructions to the Indian musicians who had clearly never collaborated with rock musicians".

According to Rolling Stone:

As with the previous reissues, Jimmy Page personally remastered each record, as well as the companion audio that appears on each LP's bonus discs. Each album will be available as a single disc – and the packaging for In Through the Out Door will replicate the brown paper that the vinyl came in.

The deluxe editions of Presence and Out Door will each contain a full disc's worth of bonus audio, while Coda will contain two.

The English rock group were known for their pounding, blues and psychedelia-influenced songs and explosive stadium shows.

They broke up in 1980 following the death of drummer John Bonham.