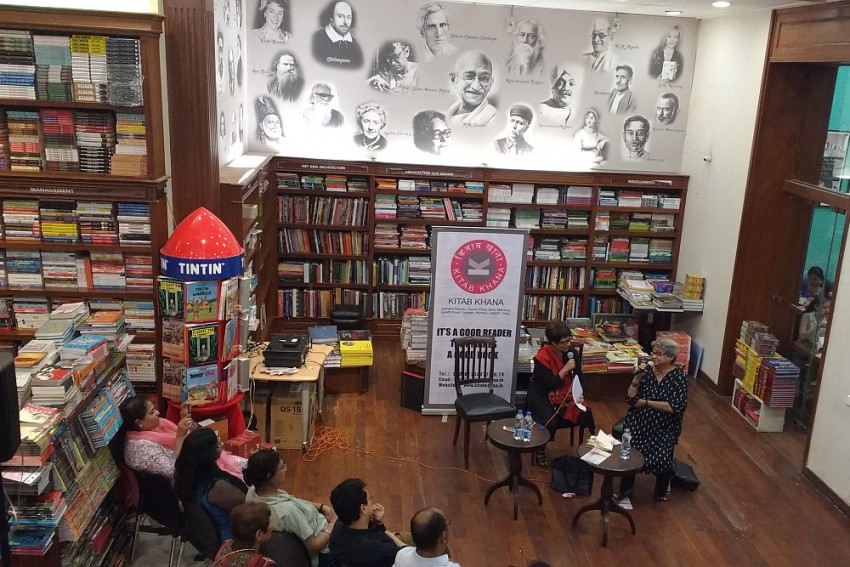 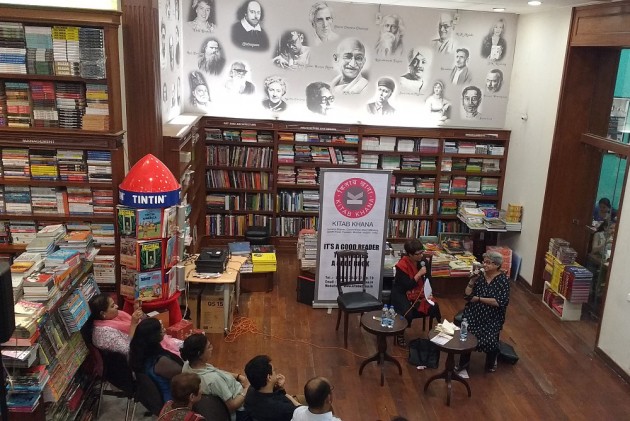 When poet, novelist, literary critic and former professor Eunice D'souza decides to step out and read from her latest book of poems, it brings the likes of Adil Jussawala, Gieve Patel, Jerry Pinto, Ranjit Hoskote and Melanie Silgardo together— along with many more former colleagues and students from St Xavier's college, Mumbai. At Kitab Khana in the bustling Fort area of the city, amidst slightly noisy setting on a Wednesday evening, D’souza spoke about her inspirations, read her favourite poems and told us stories.

Eunice ma'am, as I prefer to call her that, looks a bit older and was not wearing one of her lovely trademark sarees but her sharp sense of humour, be it about Goan Catholics or her smoking habits or the world in general, is as intact as ever. And her poems, as she explained, have as many silences as words. As goes the first poem of the collection…

Learn from the almond leaf
which flames as it falls.
The ground is burning.
The earth is burning.
Flamboyance
is all.

She makes the audience laugh with her sharp commentary on catholic ways, talks about relationships, neighbours, dogs, urban decay and death. Speaking of saint poet Tukaram as an early influence because of his "direct way" of speaking, D'souza talked about the seventies with some fondness and irreverence. But when she writes about earth and death, the message is clear, ominous and perhaps for real...

She is the victim, judge and jury
She is the avenging angel

Pray that our deaths
Be quick and merciful

Social Media Faux Pas? Blame It On The Hacker!