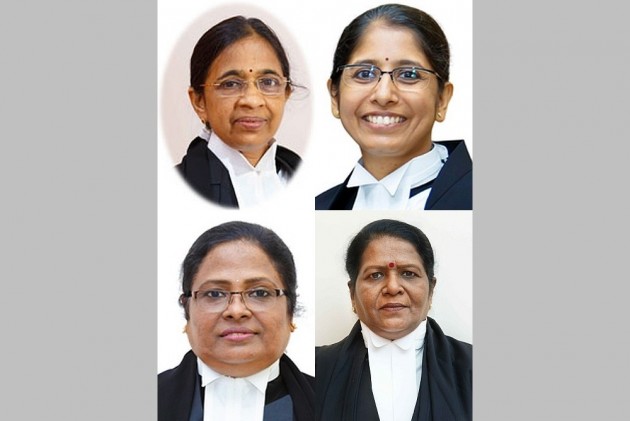 In a historic moment for the state of Kerala, it will be the first time that the High Court will have four women sitting judges. On Thursday, Justice V Shircy joined sitting judges Justice P.V. Asha, Justice Anu Sivaraman and Justice Mary Joseph.

And it is not the first time that the state has had female judges who have made their way into the upper echelons. Justice Anna Chandy was the first female High Court judge when she was appointed to the Kerala HC in February 1959. Recently, Justice M. Fathima Beevi, also from the coastal state, became the first Asian woman to be appointed judge at an apex court and was also the first Muslim woman at a higher judiciary.

Speaking to LiveLaw, Justice Beevi was quoted as saying that “It is a welcome step. When Mr HR Gokhale was the Law Minister of India he had initiated the steps to appoint several lady Judges in High Courts. I was at the lower judiciary at that time. The Supreme Court and the Government should appoint more women in the High Court because the proportion of lady Judges in High Courts is very low. It has to be raised”.