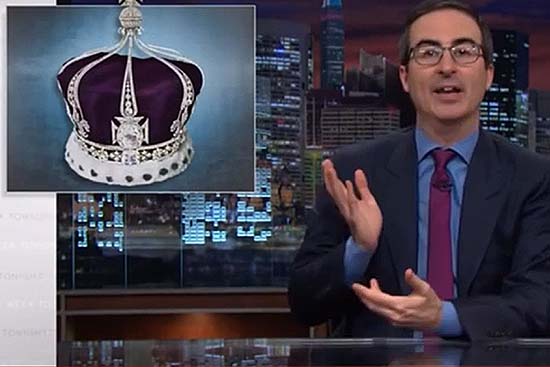 Combining Prime Minister ?Narendra ?Modi’s visit to the UK and the ever?-?so?-eternal debate ?on ?whether Britain should return the Koh?inoor diamond to India, ??British comedian John Oliver ?has a?? hilarious ?take on Britain’s claim to the ?mega ?diamond. Mocking British leaders, ?Oliver refers to India as “Britain’s spice rack”, and criticizes Britain’s habit of “underselling the severity of the conditions an Indian leader would be suffering from”.

Take a look at this extremely funny video